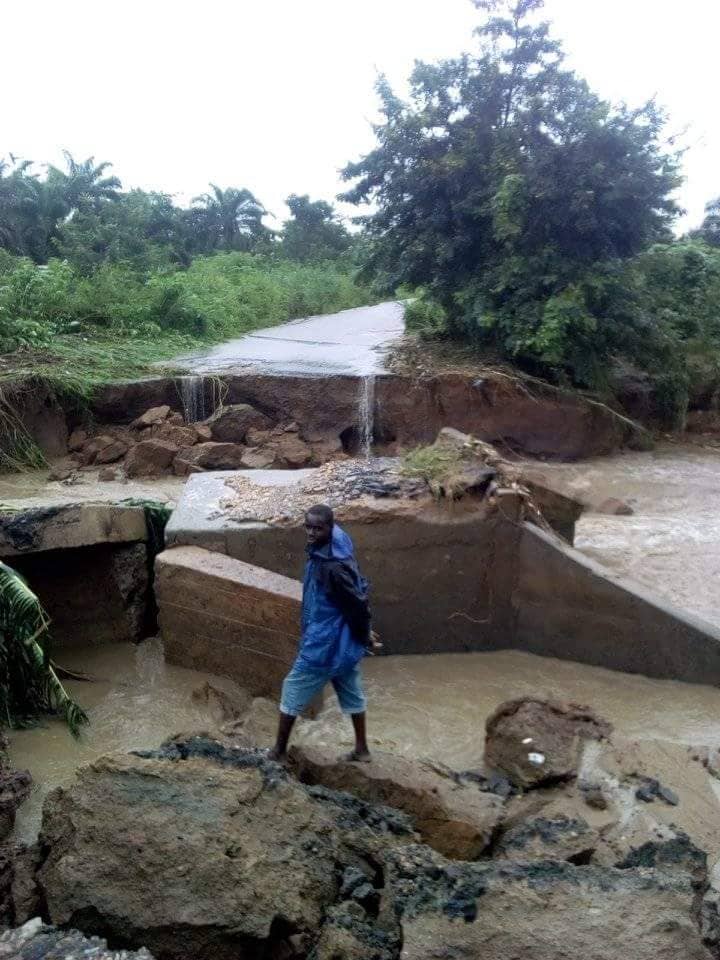 For the people of Oba-Akoko and Ikun-Akoko in the northern senatorial district of Ondo State, they never had the premonition that the midnight’s heavy downpour would cost them to be “miles” apart despite sharing boundaries.

Residents of the two communities woke to see that the only bridge connecting them has been wash off by the midnight downpour which lasted for hours.

With this development, it is now a compulsory task for members of the affected communities to go through a longer route if they plan to travel to other parts of the senatorial district, instead of a journey which usually last some minutes before the collapse of the bridge.

The development has caused confusion in the Akoko and Ose local government axis of the state as prospective travelers have been stranded because of lack of access road.

A former Councillor in Ose local government, Isaac Obiniran, while calling on government to expedite effort at reconstructing the bridge, stated that the only alternative route is not only longer but also in a terrible state with robbers usually operating there.

“There is hardly a week that travelers will not be robbed or kidnapped along the road.

“The other Ipele- Idoani- Isua road, which is federal highway that would have been a good alternative to Oba – Akungba -Oka road, is also in a very bad state.

He urged the Ondo state government to quickly come to the rescue of numerous travelers passing through the road. READ  Meet Nigerian Policeman Who Never Took A Bribe As BBC Celebrates Him As The 'Most Dedicated Officer'
Share this Post[?]