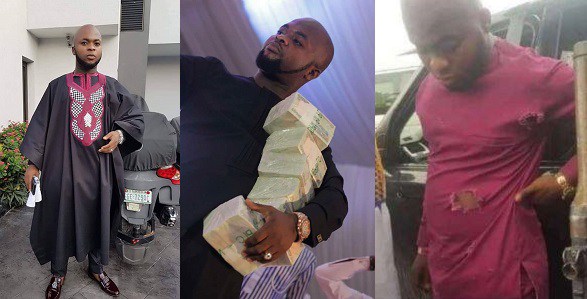 Recent investigation into the life of controversial Bulletproof pastor, gives his real name as David Mmiriogwu – the pastor changed his name to David Elijah after he launched his church.

The investigation showed that David attended Presbyterian Secondary School, Ogbor Hill in Aba from JSS1-SS1 after which he dropped out. He however now has a ‘Dr.’ title attached to his name.

According to sources, while still at the school, the bulletproof Pastor will leave the school during break periods to attend ministries, before he finally decided to drop out of school to launch his.

His first church was opened at Ukaegbu Road, Aba and his miracle was making people bleed on the face after rubbing his white handkerchief on them.

The pastor reportedly got busted in Aba and didn’t get much followers due to his queer miracles, he then moved his church to Owerri, then to Port-Harcourt before finally relocating to Enugu.

Recall that the Anambra Command in a statement signed by DCP Chris Owolabi, wondered why the bulletproof pastor refused to report the incident to the police station closest to the scene of the incident.

The command wondered why the pastor instead went to his church in Aromma, Awka, to make a public announcement of his miraculous escape.

“The attention of the Anambra State Police Command has been drawn to mischievous publications in some national dailies and the social media that one Pastor (Prophet) David Elijah of Grace and Power Prophetic Ministry, Awka was attacked by unknown gunmen in his church close to Aroma junction.

“It is indisputable that on Sept. 6th between 9am to 10am, the Pastor said that he was attacked by unknown gunmen along Enugu-Udi road in Enugu state and his vehicle was riddled with bullets, but he escaped unhurt.

“However, instead of reporting the incident at the nearest police station where the incident took place, the pastor drove to his church in Awka and attracted the attention of his congregation who were waiting for him at the church premises for a church event,” he said.