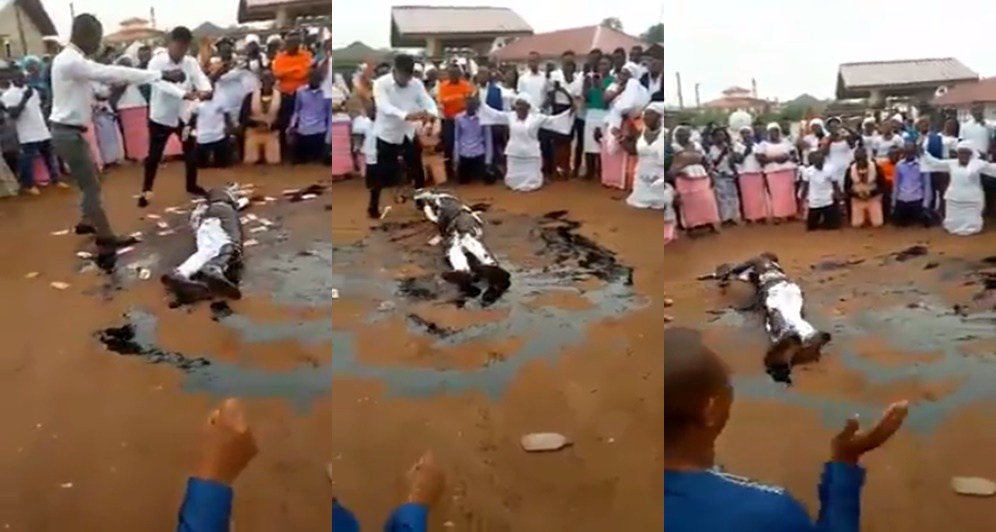 A Ghanaian pastor has caused quite the controversy online after he was filmed rolling himself on engine oil during a recent church crusade in Accra, Ghana.

In the viral video below, Pastor Blessing of the Christ Faith Overcomers Chapel can be seen rolling himself in the engine oil while his church members were singing and clapping.

At one point, two young men came forward to spray some amount of money on the pastor while he continued to roll on the ground.