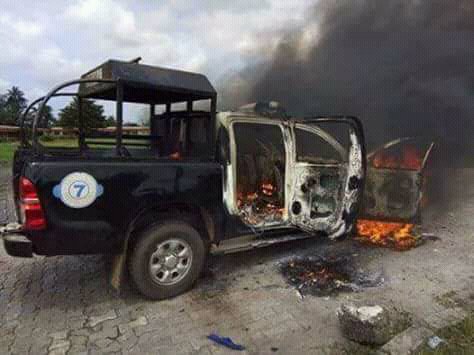 They blocked the gate while shooting sporadically and beating up the electoral officer who was to conduct the PDP primary election.

A serious fight, however, ensued between the hoodlums and some youths leading to an attack on the policemen and their van. A rifle was snatched from a policeman in the process.

The Delta State Commissioner of Police, CP Muhammad Mustafa confirmed the report in a chat with DAILY POST.

CP Mustafa said, “There was a problem actually. It was the PDP House of Assembly election which held at Isiokolo. Though, we have recovered the rifle. The situation has calmed down. One person was injured but it’s not that serious.”