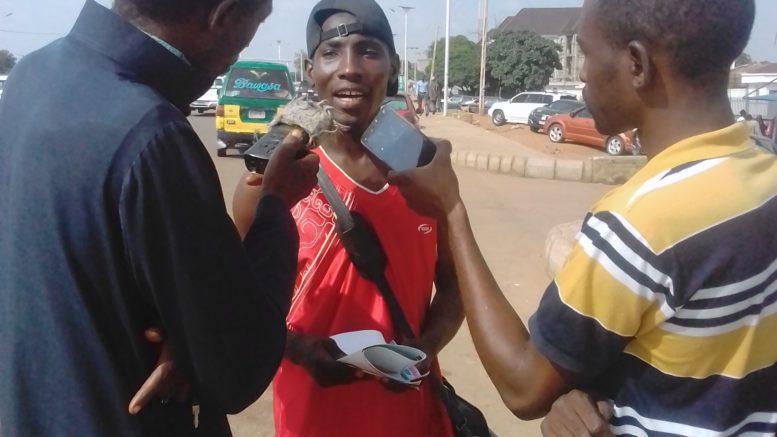 A young man, Kamaludden Bashir has commenced trekking from Zaria to Abuja to show his support over the emergence of Atiku Abubakar as the presidential candidate of the Peoples Democratic Party (PDP).

NAN reports that Bashir, who arrived Kaduna on Tuesday, a day after he left Zaria, told newsmen that he plans to reach Abuja within five days.
He said, “I am really happy with the victory, that is why I am trekking to Abuja to show him that I am with him 100 per cent.

“Along the way, I will sensitizes thousands of youth to join me in the campaign to make Nigeria great under Atiku as president.

“I believe that only him can overcome the problems of unemployment, poverty, insecurity, communal and ethno-religious crisis disturbing the peace and stability of the country.”

According to him, he left Kwarbai area of Zaria at about 6:30 am on Monday after his parents prayed for him.

Bashir believed that Abubakar’s structures all over the country were strong enough to push for his election in February.

“I believe in Atiku, that is why I am trekking in solidarity and praying for him to win the 2019 presidential election.
“I believe he is the best man that can fight corruption and take Nigerian youths to the promised land.”