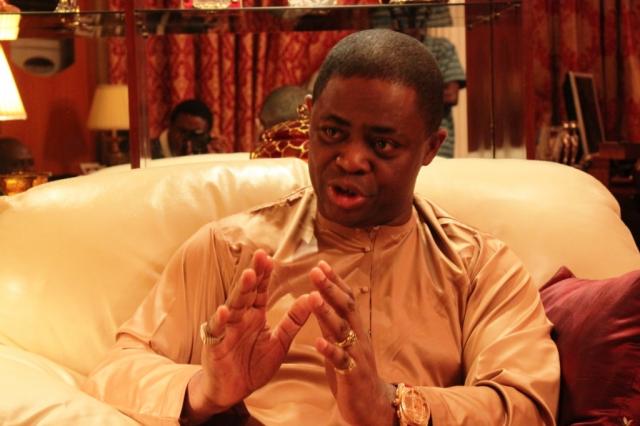 The former Minister of Aviation, Femi Fani-Kayode has urged the Governor of Ekiti State, Ayodele Fayose not to dump the Peoples Democratic Party, PDP.

Fayose had threatened to dump the PDP in protest over the outcome of the party’s primary election which gave former Vice President Atiku Abubakar the PDP presidential ticket over his choice, Aminu Tambuwal, the Sokoto State governor.

Tambuwal came second with 693 votes, conceding the ticket to Abubakar, who scored 1,532 votes at the National Convention held on Saturday in Port Harcourt. 12 aspirants battled for the ticket.

Reacting to Fayose’s threat, Fani-Kayode recalled that they had fought many battles together, hence he should not leave.

In a tweet, the PDP chieftain insisted that the final battle was about to be fought and that the PDP needed Fayose.

He tweeted, “I urge my brother @GovAyoFayose to sheath his sword and not to leave @OfficialPDPNig.

“Over the last few years, we have fought many battles together and it was an honour to stand shoulder to shoulder with you. The final battle is about to be fought and we need you in our ranks.”