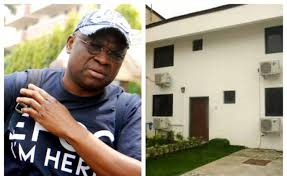 This is on the course of the investigation of corruption allegations against the ex- governor.

The anti-graft agency is questioning the ex-Governor on the N1.3billion which he allegedly collected from the office of the National Security Adviser, Col Sambo Dasuki during the last administration.

Fayose, who stormed the EFCC office in Abuja yesterday afternoon, has been in the detention following his refusal to admit receiving the fund from the ONSA.

The EFCC confirmed on Wednesday that Fayose was still being detained after over 24 hours, saying, “we are still within range. We are not keeping him but interrogating him.”