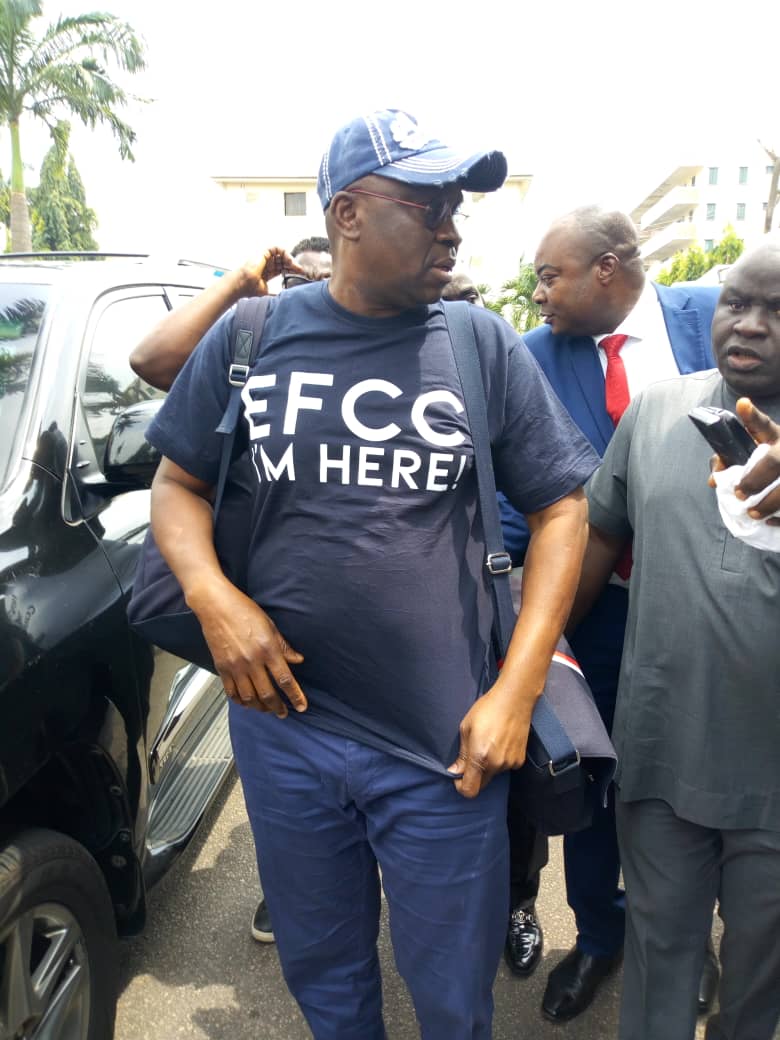 Former Ekiti governor, Ayo Fayose, has maintained his denial of all the allegations made against him by the Economic and Financial Crimes Commission (EFCC)

His media aide, Lere Olayinka, in a statement on Wednesday, said Fayose had insisted that he be charged to court.

“Today is his second day in EFCC custody and I can say that his spirit is high and his will remains very strong,” he said.

Olayinka, who said the EFCC must stop acting irresponsibly by subjecting Nigerians to media trial whenever they lacked concrete evidence to sustain court trial, added that “the commission has started its usual lies by claiming that it discovered houses bought by Fayose with public fund.”

He said: “Nigerians should recall that in 2016, operatives of this same EFCC attempted to seal up a guest house located at Gana Street, Maitama, Abuja, claiming that it belonged to Fayose. Whereas, the building belonged to a retired army general.”

“However, since the EFCC is only being used to settle political scores, it is more comfortable with keeping Fayose in custody so as to achieve the agenda of keeping him out of circulation and embarking on its usual media trial.

“But on this Fayose’s matter, they have picked on a wrong customer and no amount of intimidation, blackmail and harassment will break his resistance to tyranny, agent of which the EFCC has become.”