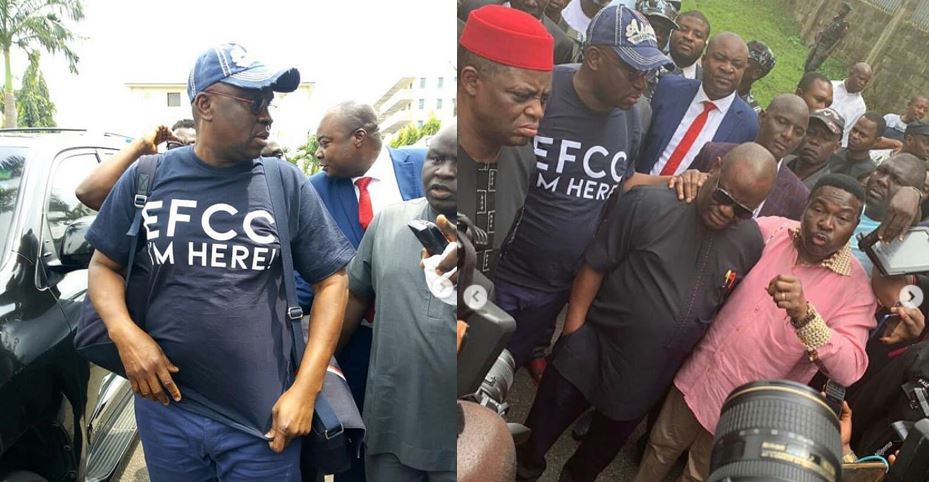 Jones Omotunde Fayose, brother to the former Governor of Ekiti State, Ayodele Fayose, has said that his brother has no plan to run away from Nigeria.

According to him, Fayose submitted himself to the Economic and Financial Crimes Commission, EFCC, because he was law-abiding and does not fear a fight.

Omotunde spoke at the EFCC office in Abuja where he and others are demanding the release of the former Governor who submitted himself to the anti-graft agency yesterday.

Fayose stormed the EFCC office yesterday in honour of the invitation by the commission and was detained after denying receiving any fund from the Office of the National Security Adviser, ONSA.

Speaking about his brother’s predicament, Omotunde told reporters, “He [Fayose] followed the rule of law, if there’s any left to Nigeria.

“But he’s here, he surrounded himself. His counsel is here. He’ll comply with anything. Fayose would not run away. Nigerians know that.

“He’s not afraid of a fight. So we thank every Nigerian that is supporting not just Fayose but democracy; that believes in the rule of law; that believes that the President cannot arbitrarily make laws.”