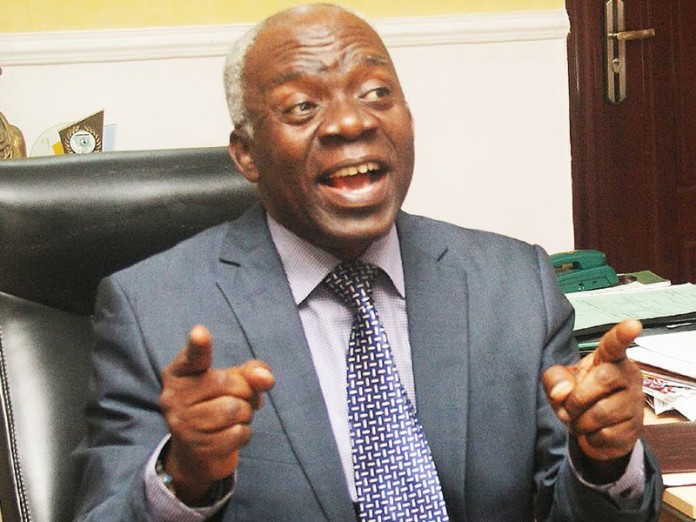 Senior Advocate of Nigeria, Femi Falana, has said that President Muhammadu Buhari and the other 51 African Heads of State exposed the continent to global ridicule in the campaign to stop $100bn illicit financial flow from Africa by begging China for $60bn infrastructure loan.

A statement on Sunday by the Spokesman of Falana and Falana & Co, Tayo Soyemi, quoted the Senior lawyer as saying this at the African NGO Forum which held in Banjul, The Gambia during the week.

Falana said the Chinese loan was unnecessary; regretting that it could strengthen the ongoing substitution of European colonisation with Chinese colonisation in Africa.

He said: “It is regrettable that the heads of States of 52 African countries were at Beijing, China last month to beg for a $60 billion loan for the so-called infrastructural development of Africa for the next years.

“The loan is totally unnecessary if the African leaders are prepared “to halt the annual illicit financial flow of $100 billion from Africa.

“To stop the leaders from further exposing Africa to ridicule, I urge African NGOs “to link up with progressive political parties, trade unions and mass organisations. Otherwise, the ongoing substitution of European colonialism for Chinese imperialism by African rulers will continue.”

He also slammed Transparency International for peddling “dubious Western propaganda” which sought to paint Africa as the most corrupt continent in the world.

The rights lawyer asked why Transparency International has deliberately refused to classify Switzerland, United Kingdom, United States and France as corrupt when the bulk of the billions of dollars stolen from Africa by corrupt rulers has been traced to banks and other financial institutions in these countries.

His words: “The western media and Transparency International have failed to join the campaign for the repatriation of the looted wealth of the African people.

“If the western countries do not warehouse such loot, corruption by criminally minded politically exposed persons will be greatly reduced (in Africa).”

He, therefore, urged African NGOs to shift attention and focus to the promotion and defence of socioeconomic rights which are enshrined in the constitutions of African countries and African Charter on Human and Peoples’ Rights.

According to him “This only way to seriously wage the battle against the menace of corruption in Africa is to mobilize the masses who are the principal victims of corruption to demand accountability from the governments.”