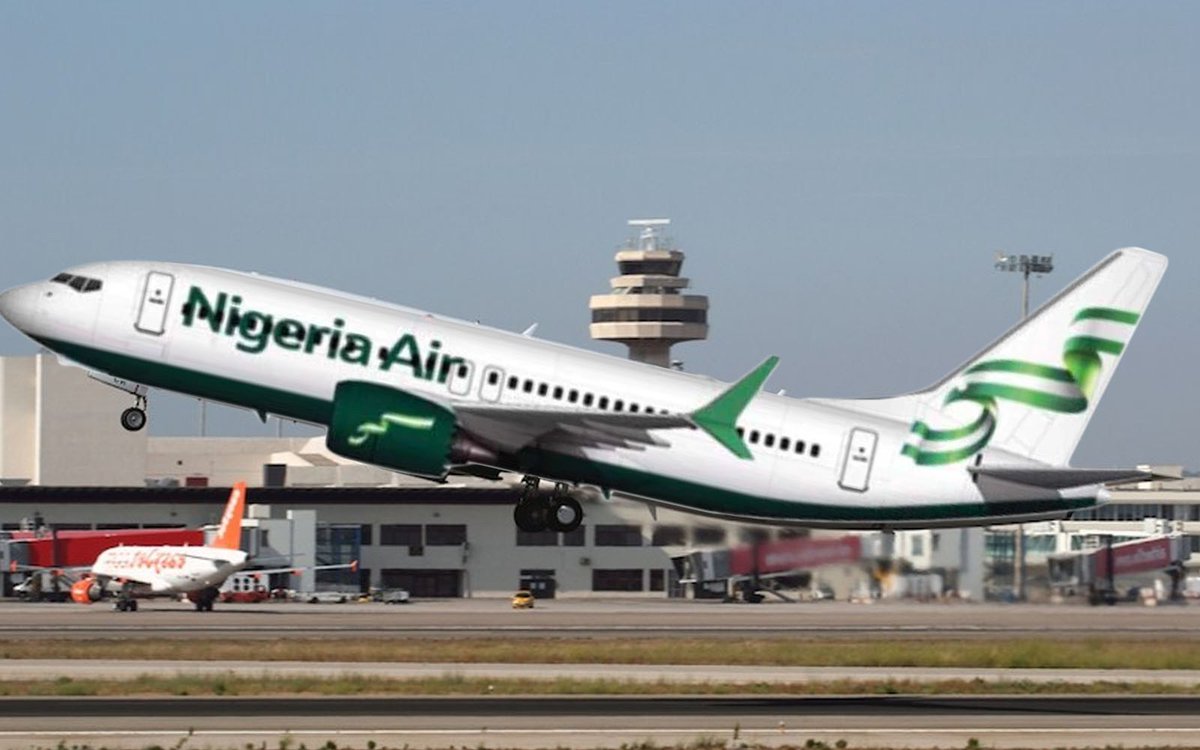 The Minister of State for Aviation, Sen. Hadi Sirika, says the Nigeria Air project followed due process and is currently at procurement stage awaiting approval of the Federal Executive Council (FEC).

Sirika also discredited claims that the government spent $600,000 on the design of the logo after the carrier was unveiled at the Farnborough Airshow in London in July.

The News Agency of Nigeria (NAN) reports that the minister spoke in Abuja on Thursday at the 5th Aviation Stakeholders’ Forum.

Sirika said, ‘‘In recent months, misinformation, factual errors, insinuations and fabrications have been peddled in both social and print media on the Nigeria Air project.

‘‘These include desirability, inadequate planning, non-consultation with stakeholders, lack of transparency and publications of fictitious amounts allegedly spent by the government on the project, amongst others.’’

He declared that the Federal Government was determined to clarify these issues and set the record straight.

He explained that the current effort to establish the National Carrier predated the composition of the present FEC and his appointment as a minister.

‘‘Mr. President directed the then Ministry of Aviation to commence the process for the establishment of a National Carrier during the Ministerial briefing on the Aviation Sector.

‘‘The ministry set up a committee which came up with the modalities for the establishment of a National Carrier.

‘‘The Committee in its report submitted in September 2015 recommended a private sector-led national carrier with 10 per cent government ownership and non-involvement of government in the management of the airline, but the provision of enabling environment for its operation,’’ he said.

The minister said that following approval by the FEC, a consortium of Transaction Advisers (TAs), comprising Airline Management Group Ltd., Avia Solutions Ltd and Tianaero FZE, were appointed in line with best practices.

He said the TAs completed the Outline Business Case (OBC) Report, which was reviewed by the Infrastructure Concession Regulatory Commission (ICRC), which subsequently issued the OBC Certificate of Compliance.

According to him, the report has been presented to FEC for consideration to move to the procurement phase and then Full Business Case (FBC), where it will be opened for bidding by investors including ordinary Nigerians.

The minister explained that the estimated funding requirement for the establishment of the project was 300 million dollars up to 2020.

According to him, the estimated working capital for 2019 is 100 million dollars and 145 million dollars for 2020 to be provided by the Strategic Equity Partners who are expected to manage the project.

‘‘Certain media publications that 8.8 million dollars was expended at the Farnborough Air show are unfounded, malicious, misleading, mischievous and baseless.

‘‘The TAs for national carrier coordinated the campaign and provided the additional services that included the development of the brand strategy and the media activities relating to the unveiling of the airline.

‘‘Due process was followed in the branding, which included obtaining ‘‘No Objection’’ Certificate with Ref. No. BPP/RPT/18/VOL.1/075 from the Bureau of Public Procurement for payment of N50.8 million for these services is yet to be made.

Sirika said the Nigeria Air project was not lacking investors, stressing that institutions and airlines such as the African Development Bank (AfDB), AFREXIM, US-EXIM, Standard Chartered Bank, Boeing, Airbus and China-Exim Bank, were some of the interested partners.

He said that the desirability of the national carrier was occasioned by the fact that no domestic airline had evolved to fill the vacuum left by Nigeria Airways since it ceased to operate more than 15 years ago.

According to him, only 28 out of Nigeria’s Bilateral Air Services Agreements (BASAs) with 83 countries are active and the carrier will give impetus to the emergence of Nigeria as hub for the West and Central Africa.

Sirika said that it would promote reliable air transport services and support the growth of the aviation industry and domestic airlines through infrastructure expansion, traffic/routes expansion and manpower development associated with the national carrier.

He added that it would create employment as well as compete with foreign airlines for a share of international routes through competitive pricing thereby reducing capital flight.