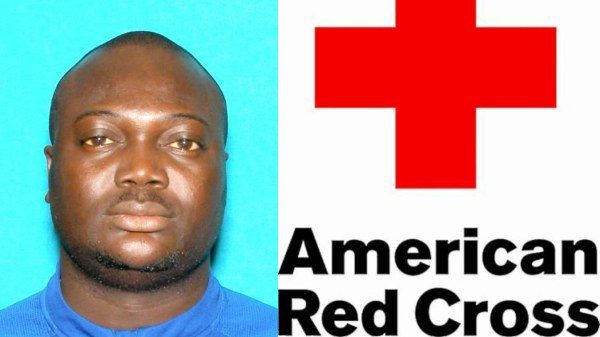 Olanrewaju Beyioku, a 38-year-old Nigerian man has been arrested for defrauding the American Red Cross by claiming he was a Hurricane Harvey victim.

He was charged on Thursday in U.S. District Court with wire fraud on allegations he cashed $3,600 in federal disaster relief vouchers provided by the Red Cross in October 2017.

The American red cross offered the funds through a one-time cash payment of $400 after Hurricane Harvey struck Houston, Texas, on Aug. 25, 2017.

The victim was provided a reference code which could be redeemed for cash at Walmart locations. After the program launched in September 2017, the Red Cross received reports nonvictims were claiming the funds.

“The Red Cross has found over 3,300 reference codes that were fraudulently applied for via its website and used to obtain cash payments at Walmart stores,” records state. “The total loss to the Red Cross is over $1.3 million.”

Walmart security investigators determined 81 fraudulent transactions committed by two individuals at the Walmart in Hammond. The fraud totaled $32,400. After an investigation, federal authorities determined 9 of the transaction were conducted by Beyioku. He was identified in a photo array by a clerk at Walmart. Authorities also traced the ill-gotten money back to his bank accounts.