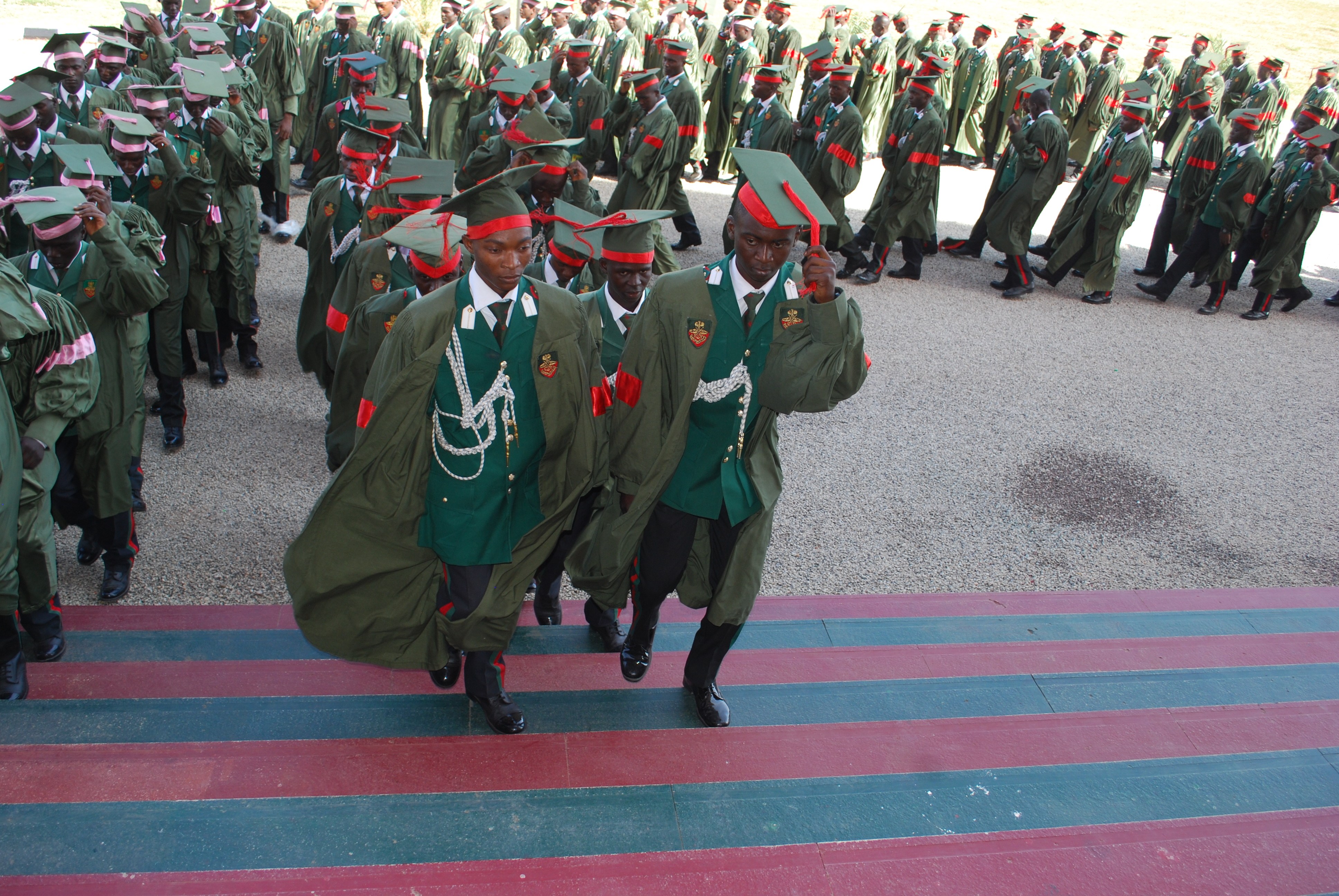 The Nigerian Defence Academy (NDA) has matriculated 471 Cadets into various degree programmes with a call that they live a life of integrity and hard work.

The NDA matriculation held on Thursday at the Academy Auditorium, Afaka, Kaduna.

Brig. Gen. George Pedro (rtd) while congratulating the cadets, told them that they have made a great decision to join the NDA.

A statement made available to DAILY POST by Major Abubakar Abdullahi, NDA Public Relations Officer, quoted Pedro as reminding the cadets that their choice requires zeal and enthusiasm to make it to the peak.

Brig. Gen. Pedro encouraged them to be undeterred by the challenges they may face in the course of pursuing their chosen career and to bear in mind that “becoming an officer is not just a means to an end but an end in itself”.

In his inaugural lecture, the Commandant Nigeria Defence Academy, Major General Adeniyi Oyebade tasked the matriculating cadets to be focused and determined as they begin their sojourn in the Academy.

Oyebade said: “Looking at the peculiarity of the Academy as a military university which combines both military and academics training, the task ahead is tough”.

He encouraged them to strive harder on their journey with perseverance and determination, as only those who have the mentioned qualities would rise to the peak of their career.

To parents and guardians of the cadets, the commandant urged them to aid the new cadets with prayers and encouragement to enable them cope with the rigors and challenges associated with the training.

He assured them of the well-being of their children while undergoing training, saying the Academy is equipped with world-class facilities and serene environment to cater for its cadets’ needs.

The matriculated cadets are members of 70 Regular Course assembled at the NDA three months ago.