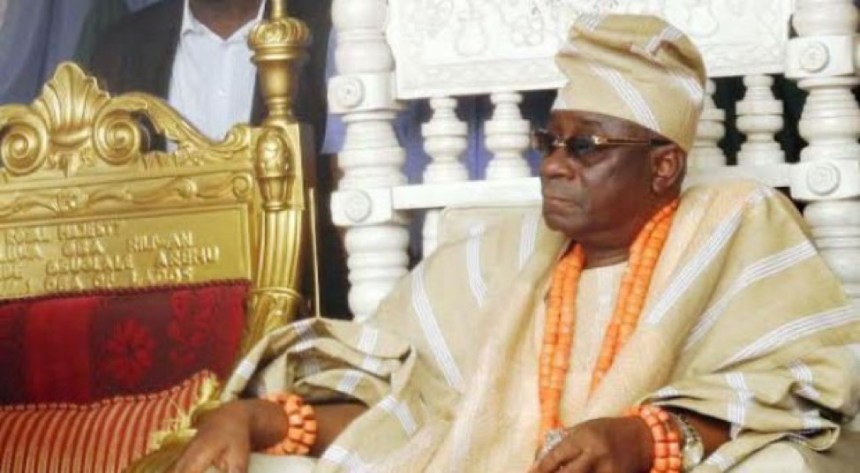 In an indirect remarks and apparent reference to presidential candidate of the People’s Democratic Party, Atiku Abubakar, the Oba of Lagos, Rilwanu Akiolu has warned the former vice president not to visit his palace for the usual endorsement or blessing of traditional rulers ahead of the 2019 presidential election.

The monarch, who spoke in an interview with Vanguard, however, praised President Muhammadu Buhari for not being “materialistic”, while labelling other politicians as “theives”.

“It’s unfortunate that Buhari did not stay long as Head of State in 1984, Nigeria would have been better. Buhari is one of the few, politicians who are not materialistic,” he said.

“Majority of them are ‘grab –grab’ politicians. Let me use this medium to tell all those politicians moving about because election is coming, that if they are not ready to hear the truth, they should not come to my palace.

“I will tell them that they are thieves, Nigerians know them, and youths should not allow politicians to use them.”

He also said the problem facing Nigeria today was created by former president Olusegun Obasanjo, who was “running after” Lagos when in government, instead of focusing on the country’s investments.

“The major problem of Nigeria today is former President Olusegun Obasanjo. When he was in government, he was running after Lagos while someone was cornering all the blue-chip companies that belong to the country,” he said.

“He cannot win election in his ward in Abeokuta. He ignored all Supreme Court judgements which were in favour of Lagos state.”

Speaking about the 2019 elections, Akiolu advised Nigerians to vote for candidates based on their manifestoes and not for money.

“It is unfortunate, many Nigerians are deceiving themselves. The kind of politics we play here is ‘money politics.’ Politicians should bring their manifestoes and their followers should make sure they deliver on their promises,” he said.

“If the person gets there, he will first recoup his money. I pray those people should not get there.”