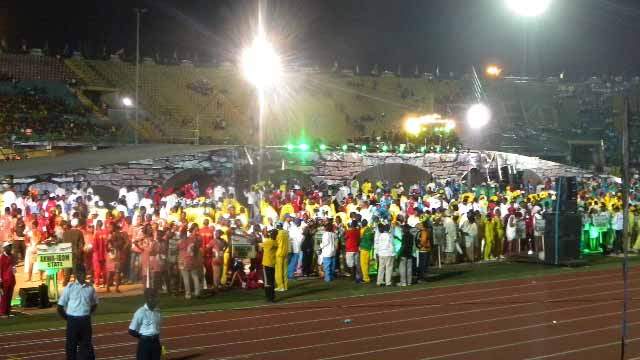 Ahead of the upcoming National Sports Festival, Minister of the Federal Capital Territory(FCT), Mallam Muhammad Musa Bello has reaffirmed his total commitment towards the hosting of the games in the nation’s capital.

The 19th edition of the national sports festival tagged: “ABUJA 2018: “World Series Edition” is expected to see 37 sporting events which will commence from December 6th to 16th at the Abuja National Stadium.

Mallam Bello who was represented by the FCT Permanent Secretary, Mr Christian Ohaa who doubles as the LOC Chairman and MOC, Vice Chairman, re-assured the two organizing committees of the FCT’s commitment to the hosting of the festival.

“The Minister of the Federal Capital Territory, Mallam Muhammad Musa Bello has asked me to convey the assurances of the ministry’s 100% commitment to the hosting of the 19th National Sports Festival coming up here in Abuja. We are working out all the logistics and we should be looking forward to a very successful festival in less than two weeks.

“Hosts of Sports Festivals are usually selected through competitive bidding but due to paucity of funds, so many states are reluctant to bid but I am optimistic that Abuja will put up a good show and host the 19th National Sports Festival which has suffered series of postponements”.

Meanwhile, a total of 8,259 delegates from the 36 states of the federation and the FCT will be accommodated at the 5 designated games villages.

The delegates made up of athletes, coaches, team officials and state delegates will be hosted at the University of Abuja, NYSC Orientation Camp in Kubwa, Regina Pacis College , Garki, Government Science Secondary School, Maitama and Government Girls Secondary School, Dutse as the Games Villages will come alive on December 4, 2018.