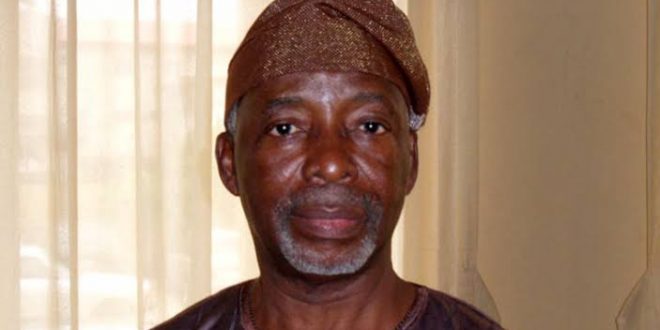 He died in the early hours of Saturday at the Lagos State University Teaching Hospital, Ikeja.

The octogenarian, it was learnt, was admitted at the Intensive Care Unit, ICU, of the hospital on Tuesday where he remained until his demise.

Adeoye Jolaosho, Fasehun’s spokesperson, in a phone chat with the Punch, said the late OPC founder was confirmed dead after a brief illness.

He further said, “It is true, baba died this morning at the ICU in LASUTH, Ikeja”.

Fasehun was born in Ondo Town, Ondo State in 1938. He was a medical doctor and hotel owner and was responsible for the recent revival of the Unity Party of Nigeria, a party formed by the late sage, Chief Obafemi Awolowo in the 1970’s.

He studied science at Blackburn College and furthered his education at Aberdeen University College of Medicine. He also studied at the Liverpool Postgraduate School after which he had a Fellowship at the Royal College of Surgeons, according to Wikipedia.

In 1976, he studied acupuncture in China under a joint World Health Organization and United Nations Development Scholarship Programmme, UNDP.

The OPC is a Yoruba-based organisation formed to actualise the annulled mandate of Chief MKO Abiola, who was acclaimed to have won the presidential election of June 12, 1993 but was barred from office.

The late octogenarian was imprisoned for 19-months from December 1996 to June 1998 during the military rule of Sani Abacha.