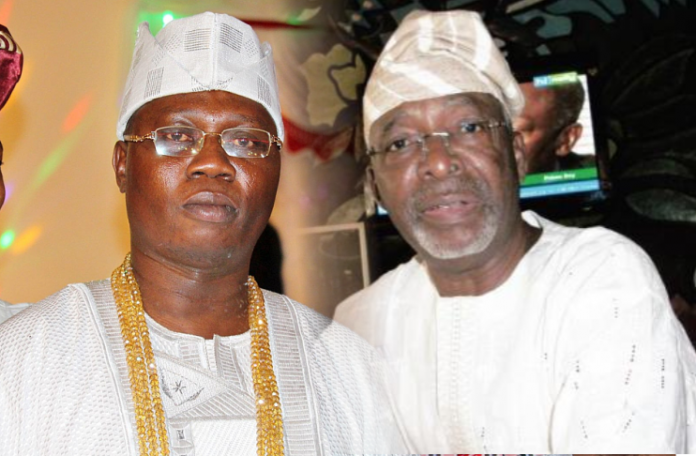 The Aare Onakakanfo of Yorubaland, Iba Gani Adams, has described the death of Dr. Fredrick Faseun, as a great loss to the Yoruba race, Nigeria and the world at large, insisting that the late Odua People’s (OPC) founder left behind a worthy legacy.

Adams, in a condolence letter he personally signed to commiserate with the family of the deceased, said that he received the news of the death with shock and disbelief.

“It was with great shock that I received the sad news of the passing on of our Papa and the founding the father of Odua Peoples’ Congress (OPC), which occurred today, December 1, 2018.

“This, no doubt, is a moment of great grief for the entire family of OPC, the Yoruba nation, Nigeria and the world at large.

“It is also clear that many people will share in the deep sense of loss which I feel at the moment following the demise of our beloved leader. That is the reason for this statement, which is to commiserate with the immediate family over this painful loss.”

The OPC chieftain was said to have died at about 1 am on Saturday at the Intensive Care Unit of the Lagos State University Teaching Hospital (LASUTH), Ikeja.

For long, he was said to have been ill and unable to talk.

The late Faseun, in his life, made outstanding contributions to the progress of the nation in many capacities. He was a member of National Democratic Coalition (NADECO), a renowned medical doctor, politician and an activist of repute.

Adams acknowledged that Faseun really acquitted himself so diligently, and would also be remembered as a distinguished leader in all ramifications.

“The late Faseun was greatly admired by the public and his peers as a straightforward and complete gentleman.”

The Aare Onakakanfo further noted that: “He was one of the good doctors trained in China. He was a former presidential candidate of the Labour Party in the 90s. I see him as a father; I passed through him for a period of five years.

“Baba deserves all the tributes because of my relationship with him. He was my leader, father, and confidant for many years, and I appreciated him as a democrat.

“While alive, he demonstrated wisdom, honesty and good leadership. He lived his life to establish friendship, harmony and accommodated everybody who crossed his path. He was a community leader and a prominent patriot, with a track record of positive memories which the younger generations can learn from.

“He exhibited very good leadership qualities, wisdom and wealth of experience, which he put to use in the discharge of his responsibilities while upholding the traditional institution’s excellence.

“He would also be remembered for his invaluable contributions to building a better society. As a leader, he would be sorely missed by all of us. Therefore, on behalf of my family, the Odua Peoples’ Congress (OPC), I register my sincere condolences on the transition of our beloved leader and father and I pray that the Almighty God would grant his bereaved family the fortitude to bear this irreparable loss. May his gentle.