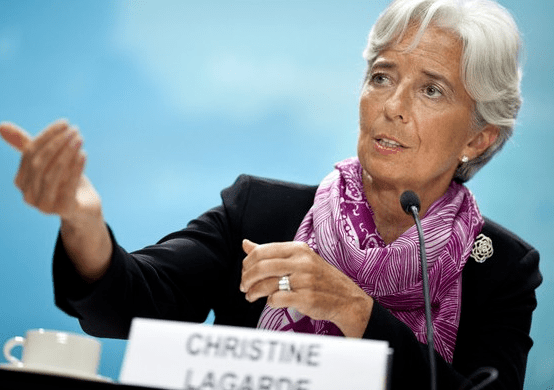 The International Monetary Fund (IMF) has put the global debt at $180 trillion, warning highly indebted emerging-markets and low-income countries against what it termed pro-cyclical fiscal policies.

IMF Managing Director, Christine Lagarde, in a statement issued at the conclusion of the Group of 20 (G-20) Summit in Buenos Aires, called for collaborative action by G-20 leaders as global growth moderates and risks increased.

Lagarde emphasised that global growth remained strong, but that it was moderating and becoming more uneven.

She said pressures on emerging markets had been rising and trade tensions have begun to have a negative impact, increasing downside risks.

“Another urgent issue is the excessive level of global debt – about $182 trillion by the IMF’s estimate.

“It is important, particularly for highly indebted emerging-market and low-income countries, to rebuild buffers and reverse pro-cyclical fiscal policies.

“Increasing debt transparency, such as on the volumes and terms of loans, by borrowers as well as lenders, is as important as supporting debt sustainability,’’ Lagarde said.

According to her, choosing the right policy is, therefore, critical for individual economies, the global economy, and for people everywhere.

“The choice is especially stark regarding trade.

“We estimate that if recently raised and threatened tariffs were to remain in place and announced tariffs were implemented, about three-quarters of one per cent of global GDP could be lost by 2020.

“If instead, trade restrictions in services were reduced by 15 per cent, global GDP could be higher by one-half of one per cent.

“The choice is clear: there is an urgent need to de-escalate trade tensions, reverse recent tariff increases, and modernise the rules-based multilateral trade system.’’

To meet the challenges facing the global economy, the IMF chief made several policy recommendations to the G-20 leaders.

“First, fix trade – this is priority number one to boost growth and jobs.

“Continue to normalise monetary policy in a well-communicated, gradual, data-driven manner and with due regard to potential spill-over effects.

“Use exchange rate flexibility to mitigate external pressures, avoiding tariffs and other policies that could weaken market confidence.

“Finally, eliminate legal obstacles to the participation of women in the economy which is key to tackling high and persistent inequality and would add to the growth potential of all G-20 countries,’’ Lagarde said.

She said she was encouraged by the G-20’s continued commitment to strengthening the global financial safety net, with a strong and adequately financed IMF at its centre.

“It is important that the G-20 leaders have pledged to conclude the 15th General Review of Quotas by our Spring Meetings and no later than the Annual Meetings in 2019.’’