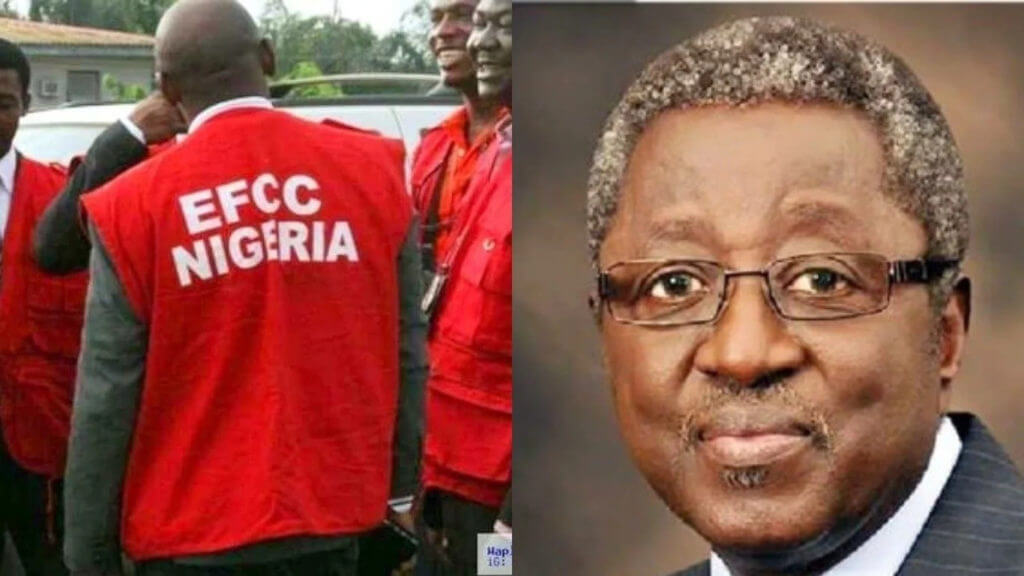 Former governor of Plateau State, Da Jonah Jang, has denied ownership of the N500m property revealed by officials of the Economic and Financial Crimes Commission in Kaduna State.

Jang, now the senator representing Plateau North in the National Assembly, said this in a statement by his media consultant, Clinton Garuba, on Monday hours after the EFFC said the said property belonged to him.

“The property located at No. 8 and 9 Gobarau Road, Unguwan Rimi GRA, Kaduna State does not belong to Senator Jang,” the statement said.

“The property formerly belonging to Northern Nigerian Development Company, Kaduna, was allocated to the senator while he was the executive governor of Plateau State but eventually lost interest and did not continue with the acquisition.”

The lawmaker insisted that the EFCC was aware of this development and knew the real owners of the said property.

He accused the anti-graft agency of ‘deliberately’ engaging in such action to harass him and tarnish his name and reputation.

In the meantime, the senator said he would not honour the invitation of the EFCC to report to its Kano office on December 5.

He, however, disclosed that he had written to the commission and asked for another date in January 2019.

“The decision to turn down the invitation was an easy one because the senator is under trial in Jos, the Plateau State capital having been charged to court by the same commission, and the matter is expected to commence definite hearing around the date of the invitation.

“To be sure, it is baffling how the EFCC expects the serving senator to be in two places at the same time since he does not possess any psychic abilities.”

The former governor urged his friends and supporters in Plateau State to remain calm and steadfast as the allegation against him was one of the attempts at dealing with him by a group of people.