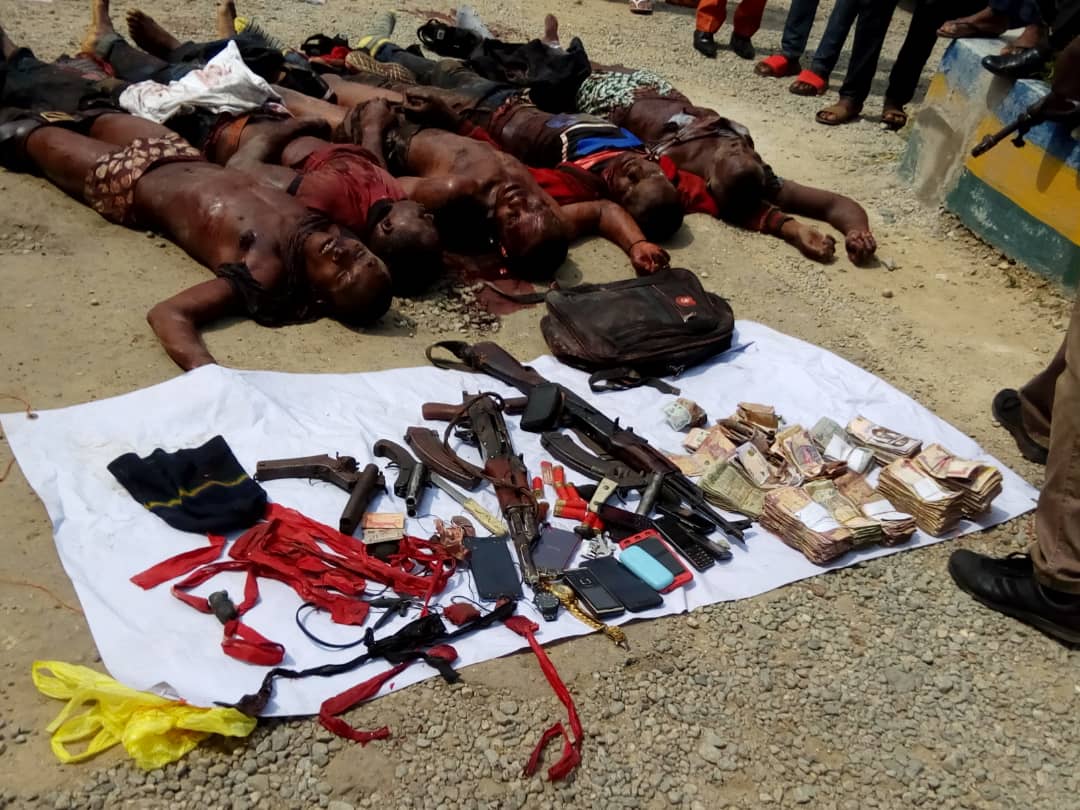 The Cross River Police Command has killed five suspected armed robbers in Calabar South area of the state after a gun duel Sunday.

The bandits, who are said to belong to a gang that has been terrorising residents of Calabar metropolis, were killed in a gun duel shortly after robbing petrol stations at Atu and Target Street.

An eyewitness, Mr. Eze Ugo, said the hoodlums had successfully robbed a super market at Marian and a petrol station at Atu and headed straight to Target to continue their operations before the security operatives got distress calls and moved in, Guardian writes.

“After their successful operation, the hoodlums were heading to Calabar South passing through Marian. The speed with which they drove forced a taxi-cab to ram into the INEC fence out of fear. Incidentally, that was when the army patrol van was driving out of the barracks. They also had witnessed the speed with which they drove. This forced the army men to pursue them shooting as they moved on. I am glad that all five robbers were shot dead after a sporadic shooting from both ends.”

Briefing newsmen on the incident at the Atakpa Police Station, the Commissioner of Police, Hafiz Inuwa, said the robbers invaded the filling station on Sunday morning.

“Some of these armed robbers are giving us problem in Calabar municipality. These set of robbers were caught up in a gun battle with the police shortly after they robbed a filling station in Atu area of Calabar South.

“They had a shoot-out with the police and our men were able to gun down five of them. These were the same gang that we already have their profile in our custody. We have been on the watch out for them because they were the same people that snatched two AK47 rifles from our men,” he said.

The CP maintained that anybody who decides to take up arms against law-abiding citizens in the state would have themselves to blame because the police was out for fire-for-fire.