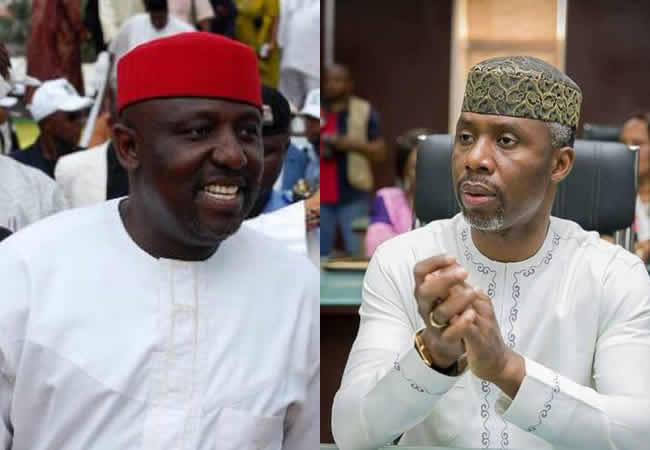 The campaign team of Uche Nwosu, son-in-law to Governor Rochas Okorocha of Imo state, mounted billboards with his picture and that of President Muhammadu Buhari across Imo on Monday.

Nwosu who lost out in his bid to secure the governorship ticket of the All Progressives Congress (APC) to Senator Hope Uzodinma despite the best efforts of Okorocha.

Okorocha had asserted that while Nwosu was robbed of the ticket, he would not stop him from joining another party to pursue his governorship ambition.

“What happened in Imo was a clear case of injustice, where Uche Nwosu won the primary and was robbed of the ticket. This injustice must be addressed. However, in spite of the fact that my aides are leaving the party, I am still a member of APC and will not leave the party,” he had said.

“I tried to persuade them not to leave, but they have made up their minds. I have done what I can to make them remain in the party, they disobeyed me. I don’t have any moral justification to stop them.”

The billboard mounted across the state shows Nwosu will now contest for governor on the platform of Action Alliance, even as he intends to cash in on the clout of the president.