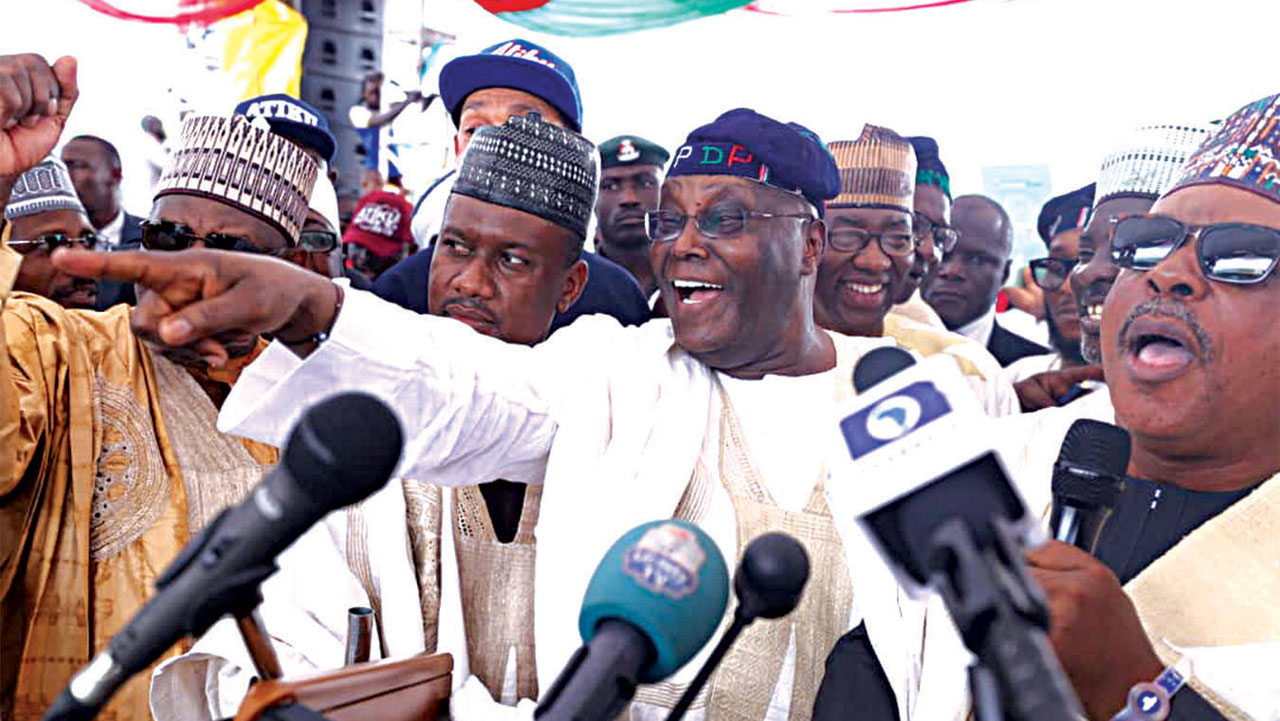 The presidential candidate of the Peoples Democratic Party (PDP), Atiku Abubakar, on Thursday urged Nigerians not to believe in the ruling All Progressives Congress (APC) again because President Muhammadu Buhari has failed to fulfil the promises he and the party made in 2015.

Mr Abubakar said this while addressing PDP supporters at the opening of the South West campaign of the party at the ancient Mapo Hall in Ibadan, the Oyo State capital.

Mr Abubakar said President Buhari must not be returned next year because he has failed his campaign promises as he lamented the high level of hunger in Nigeria.

“Let me tell you that today, I said before you that within six months, we shall start the process of restructuring of this country. Ladies and gentlemen, I have lived here, so I am not a stranger.”

Mr Abubakar said he headed the best economic team in Nigeria between 1999 and 2003, adding that the prosperity enjoyed by Nigeria at the time will be returned to Nigeria in 2019.

“In the next two months, you will be required to choose your next president, please, take your decision carefully. The best democracy we enjoyed in Nigeria was under PDP. In 2015, APC promised 12 million jobs but today, we have not seen the jobs.

“Buhari has gone. Since the return of democracy in 1999, the best we have in Nigeria is during the PDP. The best education we have was during the PDP. My brothers and sisters, I stand before you, I promise, every one of you know that I chaired the best economic team in this country. If you give me this opportunity again we shall invest more in education.

“Nigeria is now the headquarters of poverty in the world. We shall return Nigeria to prosperity in 2019. When we get to government in 2019, we will continue to give you best education.

“One of the best policies for Nigeria is restructuring and we will do it when we get to government. Don’t believe APC lies again. Within six months, we will reposition Nigeria. Don’t sell your vote and don’t sell your PVC. Buhari must go.”

“With what we have seen here today, it is sure that our people in the Southwest want a change in government and Atiku is the only candidate who can rescue Nigeria at this time.

“Buhari is not fit to rule Nigeria again. By the grace of God, in February, we will stand to defend our votes and defeat Buhari. The hunger in the land is too much. There is hunger because Buhari is not aware of anything in government.

Mr Saraki in his remarks said the ruling APC made some promises but could not fulfil them.

“In 2015, APC promised security but could not do it. They promised to make food abundant but the price of rice is becoming higher daily. The only solution to our challenges is to vote Atiku as president.”

“If you wants job, vote for Atiku. If you want development, vote Atiku. Atiku is the only solution to challenges we are facing Nigeria today.”

Mr Fayose who said he was very sure that President Buhari would not attend the presidential debate said PDP has won this election already.

“The only product we are selling is Atiku. The only candidate that can defeat anybody at debate. I am sure Buhari won’t attend debate. But let me tell you that you have to defend your votes. By God’s grace, PDP will be announced winner next year elections.”

Mr Daniel said “The 2019 election is family affairs. Atiku’s first wife is a Yoruba woman. He grew up and worked in Ibadan. With what we met here, it is obvious that our people have spoken that they will vote for PDP”.