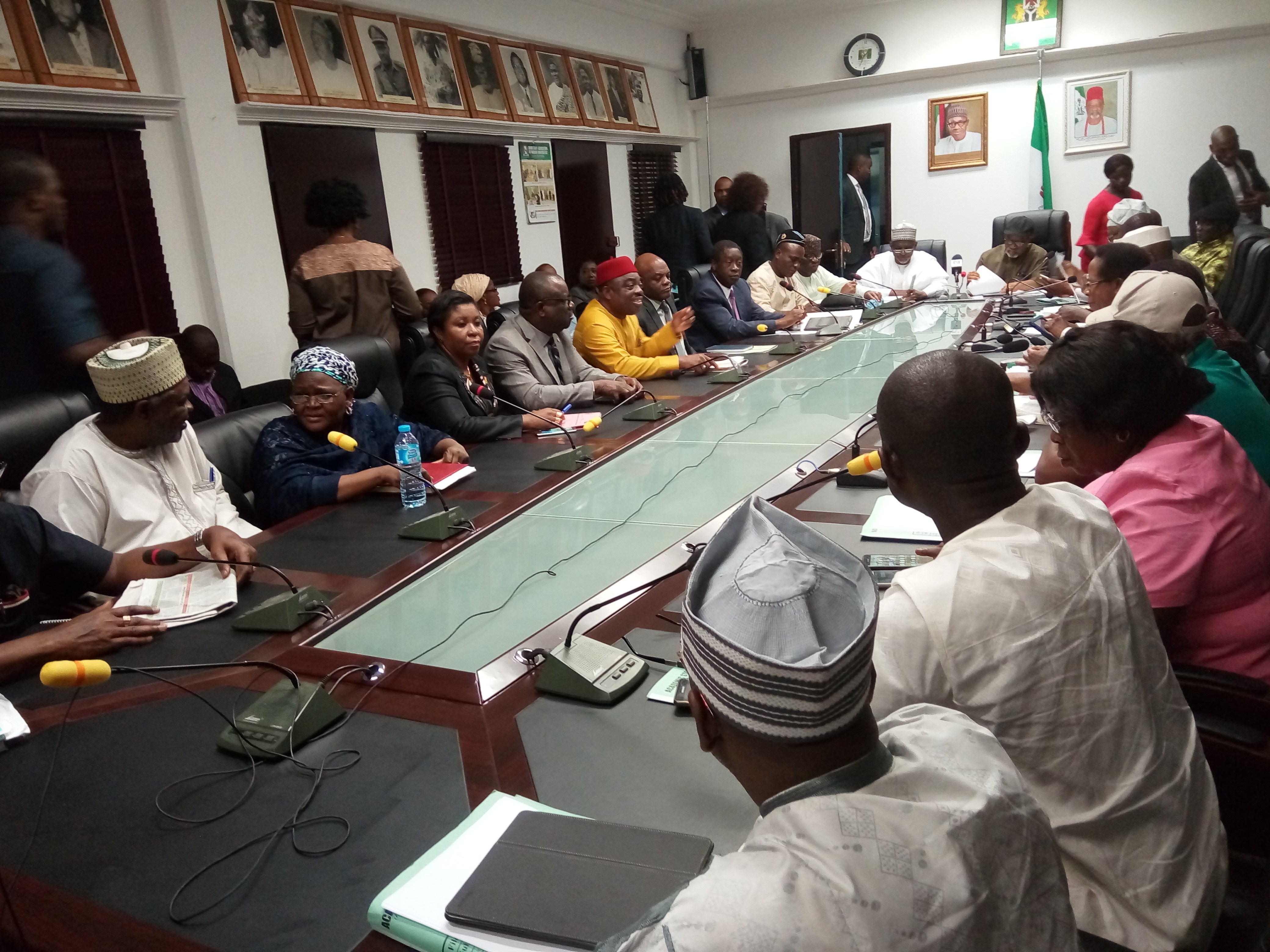 The federal government will meet with the Academic Staff Union of Nigerian Universities (ASUU) on Monday December 10, over the ongoing nationwide strike.

The Minister of Labour and Employment, Chris Ngige, made this known in a statement signed by the Director of Press in the Ministry, Samuel Olowookere, in Abuja.

Mr Ngige said that all further discussions between the Ministry of Education and ASUU would now reconvene at 4 p.m. at the Federal Ministry of Labour and Employment.

The minister also condemned a statement credited to a lawyer, Femi Falana, who was alleged to have described as illegal the enforcement of section 43:1 of the Trade Dispute Act 2004 on the’’ No Work No Pay’’

Mr Falana was also said to have asked the federal government to immediately withdraw what he termed an “illegal order”.

The minister, however, said that the law of ‘’No Work, No Pay,’’ was a fundamental axiom in labour and industrial relations all over the world.

He said that the ministry would investigate the media report credited to Mr Falana to ascertain whether he actually quoted the Supreme Court judgments.

“That is knowing that they are tangential and that they neither anchor nor dwell on provisions of section 43 of Trade Dispute Act T8(LFN 2004) before it will take further necessary action, ” he said.

On December 4, the meeting between the Federal Government and ASUU ended without any conclusio.

Biodun Ogunyemi, ASUU National President, while speaking with reporters at the end of the meeting in Abuja noted that negotiations were still ongoing. He said both parties were yet to reach a concrete decision.

“For now, we have started to discuss. We are yet to reach any concrete decision. Once we have more information, we will make ourselves available to the press.

“The union will reconvene very soon to continue negotiations,” he said.

The meeting held at the instance of the Minister of Education, Adamu Adamu was to find lasting solution to the ongoing strike by the university lecturers.

ASUU had on November 4, embarked on an indefinite strike over poor funding of Nigerian universities and non-implementation of previous agreements by government.