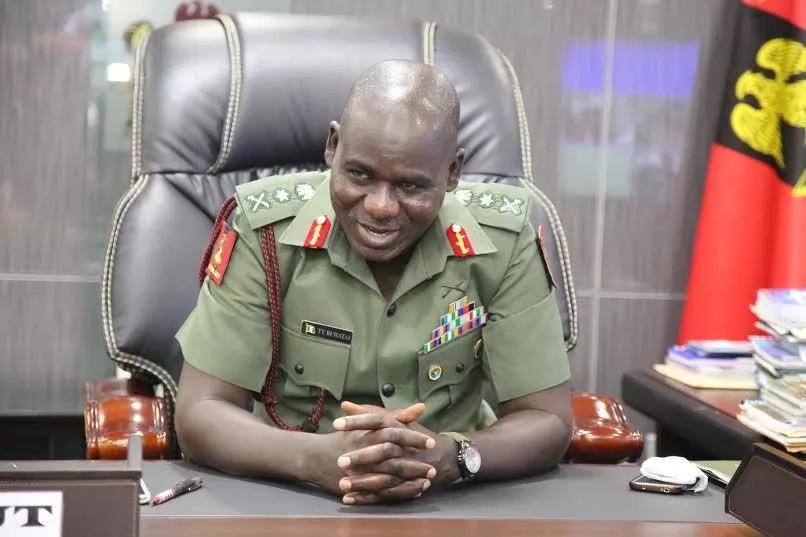 The Chief of Army Staff, Tukur Buratai, has appointed new commanders for Operation Lafiya Dole, the military task force in the North-East.

The Director of Army Public Relations, Sani Usman, confirmed this in a statement on Thursday in Abuja.

According to Usman, the newly promoted Major General, O.T. Akinjobi, Head of the Operations Monitoring Team at the Office of the Chief of Army Staff, has been appointed Commander, Sector 3, Operation LAFIYA DOLE.

He said that Brigadier General B.R. Sinjen would command Integrated Fire Support, while Brigadier General F.O. Omoigui, had been moved from 2 Division, Nigerian Army to Army Headquarters’ Department of Training and Operations as Director of Operations.

Also affected, he said, was Brigadier General O.R. Aiyenigba, Director, Land Warfare, Armed Forces Command and Staff College, who had been assigned to Office of the Chief of Army Staff as Head of Operations Monitoring Team.

According to Mr Usman, Brigadier General A.U. Kuliya is to take over as Director, Land Warfare at the Armed Forces Command and Staff College.

“Similarly, new Brigade Commanders have been appointed for some of the Brigades at Operation LAFIYA DOLE.

He also announced that new commanders had been appointed for the various Army Headquarters Logistics Commands at the theatre.

“These include Brig.-Gen. A.G. Ibrahim, Brig.-Gen. P.N. Okeson and Brig.-Gen. O.A. Aminu, for Logistics Base I, II and III, respectively.”

He said Mr Buratai had directed that all those affected by the posting must remain committed and fully in charge until they were properly relieved in line with standard operating procedures and military professional ethics.

The News Agency of Nigeria (NAN) reports that Mr Buratai had, shortly after decorating the newly-promoted senior officers on Thursday in Abuja, hinted that deployments were in the offing for them.