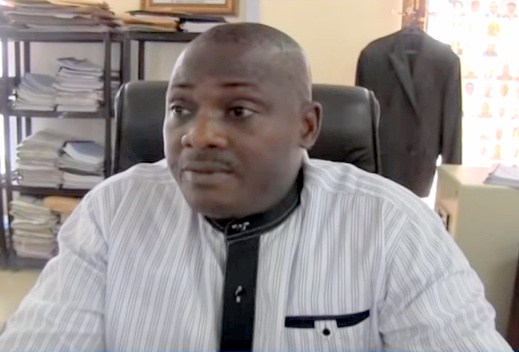 A Federal High Court in Lagos on Friday fixed January 29, 2019, to hear a motion seeking bench warrant against the Chief Executive Officer of Innoson Nig. Ltd., Innocent Chukwuma, and others charged with forgery.

The News Agency of Nigeria (NAN) reports that the federal government, through the office of the Attorney-General of the Federation had filed a four-count charge of forgery against the accused in charge number FH/L/565C/1.

They are alleged to have conspired to commit offences on October 10, 2013, at Apapa, Lagos.

At the last adjourned date on November 9, the court adjourned until Friday (today) for the hearing of a motion seeking bench warrant against the accused.

The case, however, could not proceed on Friday as scheduled following the absence of defence counsel, Macarthy Mbadugha, who is said to be on a medical trip abroad.

In the charge, the prosecution said the accused falsified shipping documents, which they deposited with Guaranty Trust Bank Plc as collateral for a N2.4 billion loan to Innosson Nig. Ltd.

The shipping documents were also alleged to have been falsely presented as genuine and with intent to defraud in order to clear goods worth N2.4 billion.

According to the charge sheet, the offences contravene the provisions of Sections 1(2) (c) and 3(6) of the Miscellaneous Offences Act, 2004.

The judge had on January 11, stayed proceedings in the case, pending the outcome of an appeal filed by the defence at the Supreme Court.

During a court sitting, however, the prosecutor, Julius Ajakaiye from the Federal Ministry of Justice, informed the court of an earlier decision of the Court of Appeal which, he argued, dismissed the defence’s appeal for a stay of proceedings.

Citing the provisions of Sections 306 of the Administration of Criminal Justice Act, 2015, and the case of the Federal Republic of Nigeria versus Olisa Metu, Mr Ajakaiye urged the court to vacate its earlier order to await the decision of the Supreme Court and order hearing of prosecution’s motion for bench warrant against the accused.

The court consequently vacated the order and set a date for hearing of the prosecution’s motion for bench warrant. (NAN).