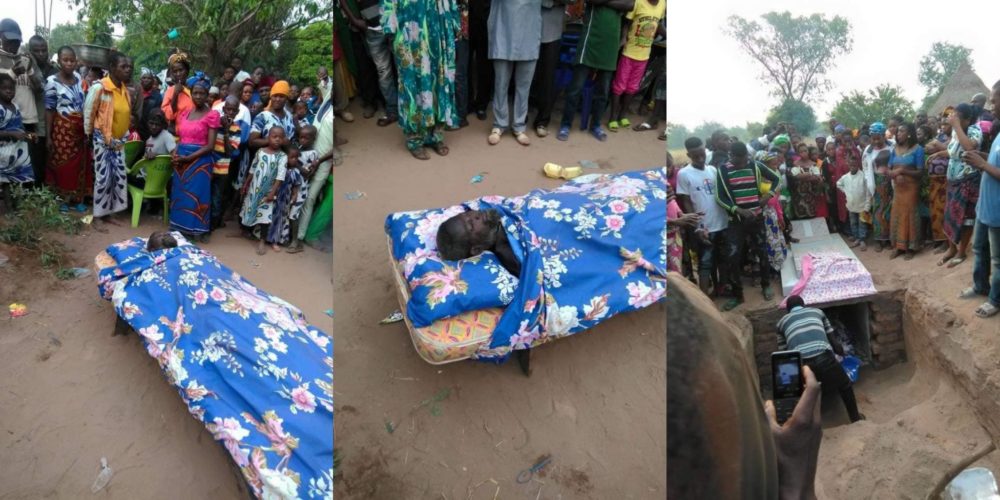 Photos have shown the moment a man got buried on his bed instead of inside a coffin recently. The burial reportedly took place in Benue state.

The man identified as Ajingir Tsa was laid to rest in style on Saturday at his hometown in Mbabu, Konshisha local government area of Benue State after reportedly requesting to be buried on a bed.

Local reports show that the man while alive had requested to be buried on a bed and this wish of his was granted. He was laid to rest on a bed and covered with a wrapper in a funeral attended by family members and friends.

He wrote: “History was made today at Mbabu, Shangev-tiev in Konshisha local government area as late Ajingir Tsa goes home as he refused to be buried in a coffin.” Some internet users have refused to believe the story, however, other persons who say they know the dead man’s family have explained that the incident was true and that it happened in Benue state.