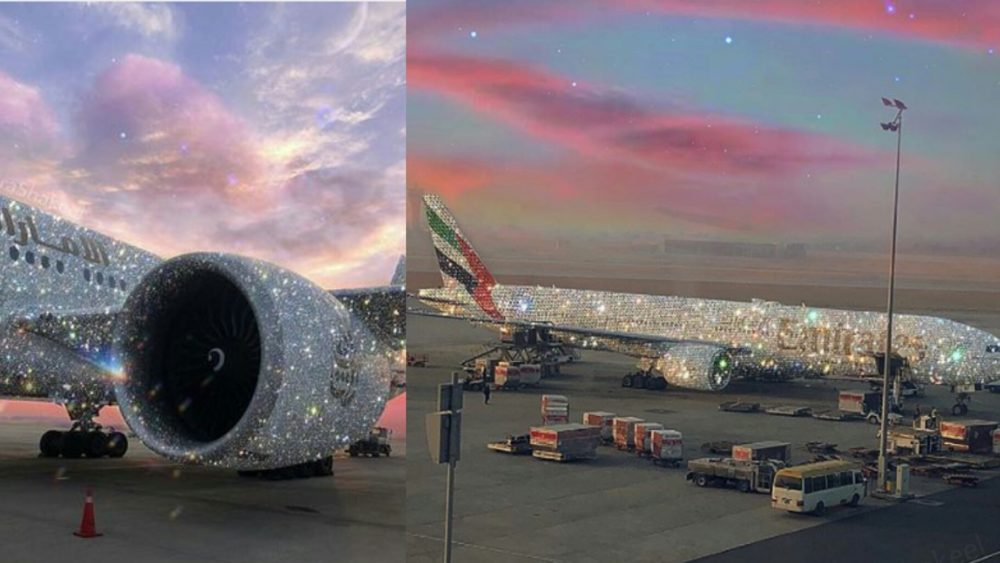 An Emirates Boeing 777 aircraft engrossed with Diamonds just caused an uproar on social media after it made an appearance ahead of the festive season.

The airline took to Twitter to unveil the plane’s new look, which saw every square inch of its livery covered in diamonds, making for a pretty spectacular sparkling effect.

Unsurprisingly, it sent aviation fans into meltdown, with the image garnering thousands of likes and retweets.

Twitter users began speculating on everything from the cost of the project to the routes it would be flying so people could look out for it in the skies.

Meanwhile sceptics questioned whether the plane would be able to take-off with the additional weight of the diamonds.

They were right to be doubtful, as the diamond-encrusted plane isn’t real, but rather the result of nifty photo editing skills.

Emirates highlighted that the image had been ‘created’ by artist Sara Shakeel in the image’s accompanying caption, writing “Presenting the Emirates ‘Bling’ 777. Image created by Sara Shakeel.”

Sara, a former dentist turned ‘crystal artist’, regularly edits images to give them a bedazzled new look, posting the results on her Instagram account.

The Emirates plane was just another fun project on her list, ahead of a trip to Milan where she was going to be flying with the airline.