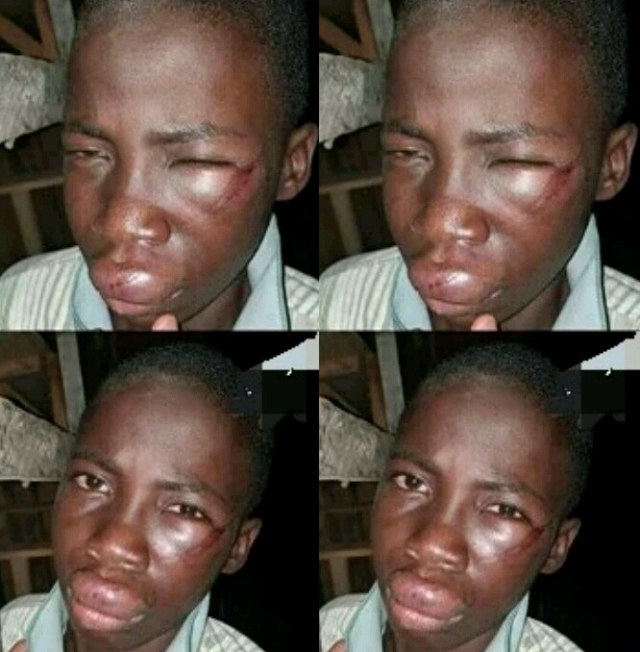 A teacher in Lagos has been accused of brutalizing a student for ringing the bell, during school hours.

The SS2 student of Zumratul Islamiyyah Junior/Senior School in Yaba area of Lagos, identified as Ridwan Yunus was brutalized by their social studies teacher, Mr Babatunde.

This is coming after it was reported that a secondary school teacher, Sunday Adeshina, was jailed at Kirikiri prison in Lagos State after he reportedly flogged a female student until she started bleeding. Adeshina was said to have flogged a 14-year-old SS3 student identified as Onyinye Nwakaeme, on the head when she could not give a correct answer to questions he asked her during a class.

“We were taking Economics class that day and I was busy copying note. I had just returned from my father’s burial. Being behind schedule, I used every available time to copy my notes because I had a lot to write.

“The teacher saw me and called me out with some people, claiming that we were making noise and asked us to explain what he had been teaching. I didn’t get the question right because I was really not paying attention to him. Out of anger, he started flogging me.

“He flogged me to the point that I was bleeding on my head and he didn’t stop. Even when the proprietor asked him to stop, he was fierce and wanted to flog me more.”