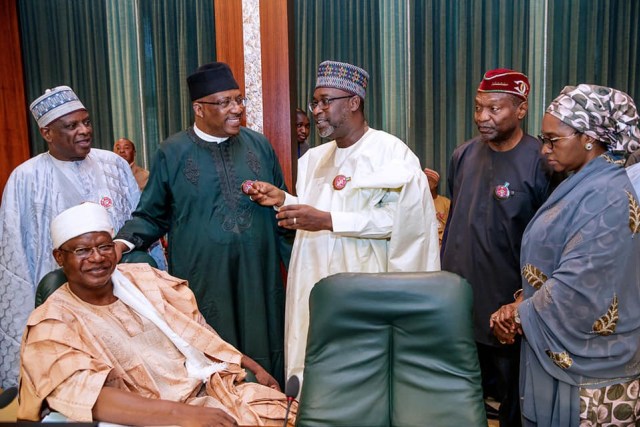 In new reports, the Minister of State for Environment, Ibrahim Jubril, has just resigned his appointment.

His resignation was announced during the Federal Executive Council meeting held at the State House in Abuja and presided over by President Buhari on Wednesday and a valedictory session was thereafter held in his honour.

Jibrin’s resignation comes few days after he was selected and declared 13th Emir of Nasarawa Town in Nasarawa Local Government Area of the State by the Nasarawa Emirate Council.

Until now, Jibrin had been overseeing the ministry of environment since the exit of the former minister, Amina Mohammed. His emergence as the Emir was announced on Thursday by the state commissioner for local governments and chieftaincy affairs, Illiya Osegba, at the government house in Lafia.

He said Governor Tanko Almakura also approved the selection of Jibrin as the new Emir.

READ  See photos from the scene of Iju Ishaga fire incident that consumed shops in Lagos (photos)
Share this Post[?]