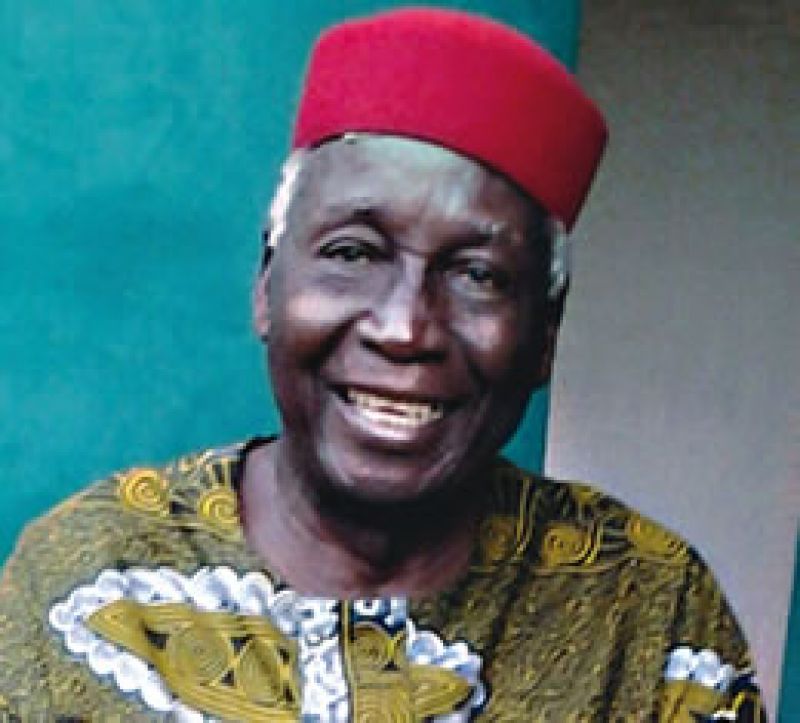 He passed on Tuesday at 7pm at the Age of 88 in his Nnewi residence.

His death was confirmed by his son, Dozie Jr Ikedife, Sun reports.

According to his son, Dozie jr, Ikedife “will be buried today (Wednesday) Dec. 12, 2018, at 5pm in his compound,” adding that his funeral would be announced later by his family.

Dr Ikedife held the traditional title of Ikuku Ebu Nkpu which was awarded to him by 14 communities in Nnewi North, Nnewi South, Ekwusigo local government areas of Anambra State.

He was also a holder of an honorary chieftaincy title of Ikenga Nnewi and Odezuligbo Umueje. Ikedife was an obstetrician, gynaecologist and researcher of repute.

He was a onetime President General of Ohaneze Ndigbo, a presidential Liaison Officer (1979-1983), a delegate to the Centenary Conference of Nigeria in 2014 and the chair of many Igbo groups.