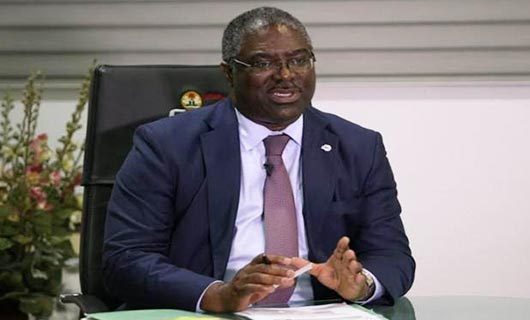 Executive Chairman Tunde Fowler disclosed that the FIRS has generated a record of N5 trillion as at the second week of December 2018.

The Federal Inland Revenue Service (FIRS) has generated N5 trillion as at the second week of December 2018, its Executive Chairman Tunde Fowler has disclosed.

By the end of 2018, the agency said it should have made not less than N5.3 trillion.

Speaking at the induction of new members of the Joint Tax Board (JTB) on Wednesday in Abuja, Fowler said: “This year, the FIRS, with the support of the Presidency, Ministry of Finance, the JTB and other stakeholders, has been able to generate up to N5 trillion.

Fowler urged the new inductees of JTB to equip themselves with new ideas and embrace the Information and Communication Technology (ICT) to be able to face the reality of revenue collection in the ever-changing society.

This new development, he said, “indicates that we should be able to develop the ability to accept and embrace positive change, maybe due to the fact that change is inevitable but more significantly that oftentimes, change presents us with the rare breaks that we can exploit to advance individual and collective goals and objectives.”

The FIRS boss also stated that as the global society continues to transform in structure and process, especially with new technologies and ways of doing things, the role that has been presented before tax administrators in an emerging economy such as Nigeria are quite enormous.

Developments in global politics and economics, he noted, “indicate a trend towards increased de-emphasis on proceeds from oil and other commodity exports.

“Huge investments are being made everyday by more advanced economies towards seeking alternative energy sources; and sooner rather than later, oil as a mainstay of the nation’s economy will indeed no longer be sustainable, it is just a matter of time.”