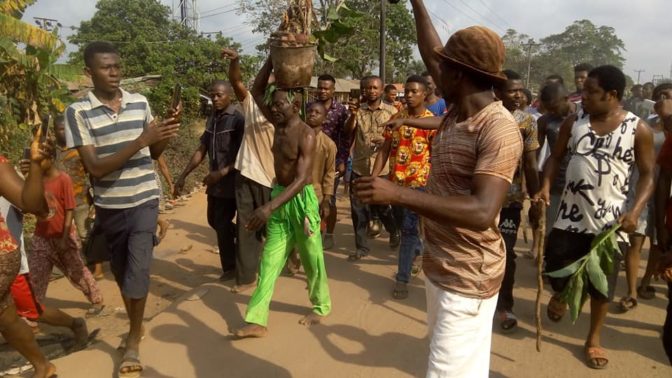 Community members in Umuagwu Umuoma Nekede in Owerri West, Imo State have disgraced a man in the area accused of being a ritualist.

An elderly man identified as Celestine Oduocha has been given the disgrace of a lifetime by his community at Umuagwu Umuoma Nekede in Owerri West, Imo State, after being accused of being a ritualist.

The man’s residence was raided by the community youths following a confession by the suspect’s alleged cohort.

Fetish items were discovered in the suspect’s room as the angry villagers forced him out and paraded him round town including the market square with the items.

The matter is expected to be transferred to Imo state Police headquarters for further investigation.