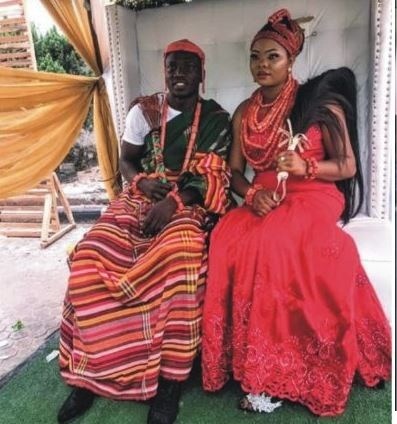 According to reports, Etebo’s immediate family members, friends and well-wishers were all in attendance at the couple exchanged marital vows at the bride’s residence.

Speaking moments after the rites, Etebo, who currently plies his trade with Stoke City revealed why he decided to marry Bethel.

“She has been there for me and she’s the mother of my son. We barely had time to do this and I felt it was necessary to get the marital rites done with before the year ends” Etebo told Completesports.