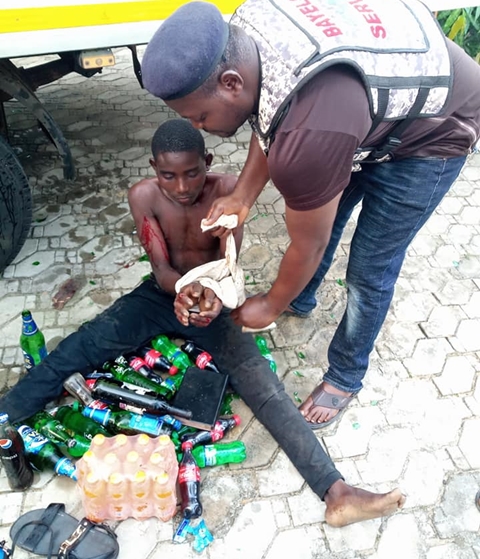 A suspected cultist who was caught by a vigilante group while committing a crime has been paraded in an unusual way.

Operatives of Bayelsa State Vigilante Service apprehended a cultist who claims to be a member of Greenland cult in Swali area.

The suspect was nabbed while he and his gang were robbing around 4:45 a.m on Sunday.

The young man who identified himself as Gift School Oben claims to hail from Ologi in Ogbia Local Government area of Bayelsa state.

After he was given the beaten of his life by the security operatives, the young man was given bottles of drinks he stole to cool off before he was handed over to the police.

See another photo below;