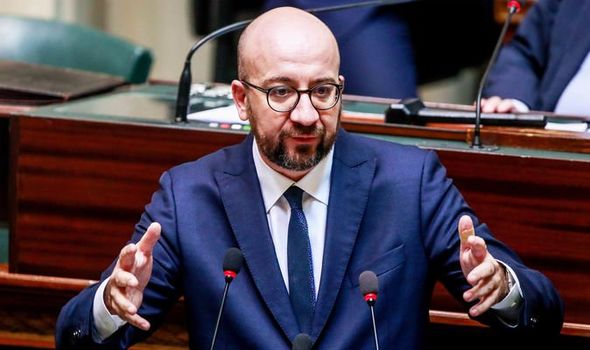 Belgian prime minister Charles Michel has resigned – after facing a motion of no-confidence in the federal parliament.

Michel said his appeal to “form a coalition of goodwill”, after the government lost its parliamentary majority last week, “has not convinced”.

“I have to respect that and take note of this situation,” he said. “I have made the decision to submit my resignation and my intention is to go to the king immediately.”

King Philippe has yet to decide whether to accept Michel’s resignation offer. The no-confidence motion on Tuesday was brought by socialist parties, PS and SP.A, and the greens.

The Belgian government lost its parliamentary majority when key coalition ally the N-VA party pulled out, in a row over Belgium’s signing of the UN migration pact.

Olivier Maingain, head of DéFi party, told Michel: “When a government loses its majority, the practice is that the prime minister goes to the king to submit his resignation.”

PTB member of parliament Raoul Hedebouw said: “This government is dead. There is no one who believes in it.”

Michel had hoped to continue in a minority government and had appealed for “a cooperation … and good will to roll up our sleeves to meet challenges” to ensure key legislation on tax, healthcare, employment and the police were still passed.

But he acknowledged: “This government does not have the confidence of the house, or a majority, we know that.”

Michel warned that calling early federal elections would lead to a political “standstill” next year. The ballot is due to be held in May.:

“The political realities of our country mean it will be very complex, perhaps impossible, to form a government until the formation of regional governments in the [May] 2019 elections,” Michel said.