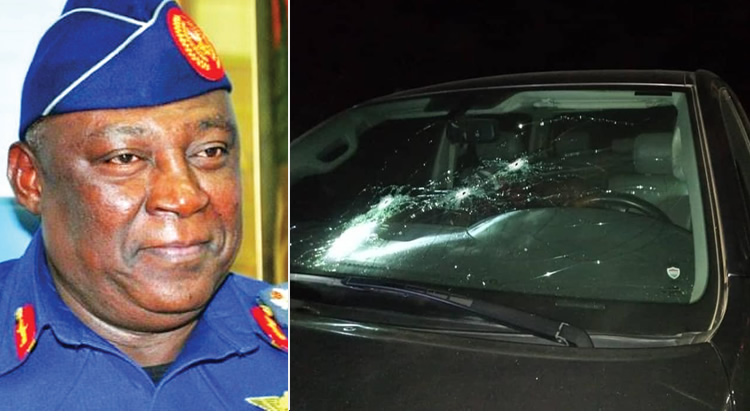 The National Association of Nigerian Students on Wednesday condemned the killing of the immediate past Air Chief Marshal, Alex Badeh, retired Chief of Defence Staff.

Badeh, a four-star General of the Nigerian Air Force, was shot dead on Tuesday along Abuja-Keffi Road.

The Director of Public Relations and Information, NAF, Air Commodore Ibikunle Daramola, confirmed Badeh’s assassination in a statement in Abuja on Tuesday.

He said that the former defence chief died from gunshot injuries sustained when his vehicle was attacked on Abuja-Keffi Road while returning from his farm.

NANS’ National Public Relations Officer, Bestman Okereafor, in a statement in Enugu, urged security agents to ensure that the perpetrators of “this evil are brought to book without delay.“

“The attention of the apex students governing body, NANS, has been drawn to the gruesome assassination of Air Chief Marshal Alex Badeh, a retired four-star flag officer of the Nigerian Air Force (NAF).

“NANS, in all totality, condemns the killing and considers this as very unfortunate, disheartening and one that has no doubt once again portrays our beloved country in a negative way and manner in the comity of nations.

“If a former Chief of Defence Staff can be assassinated in such a manner in a democratic rule, what then is the fate of common defenceless Nigerians?

“NANS is calling on security agents across the country to step up security measures as the Yuletide draws nearer, and specifically ahead of the 2019 General Elections,’’ he said.

He said the association was not unaware of the Federal Government’s efforts to tackle insecurity in the country even though it was being frustrated by some political gladiators.

“On this sad note, NANS is bidding the former Chief of Defence Staff farewell.

“May God grant the Badeh family, government of Adamawa and the Nigerian Air Force the fortitude to bear this irreparable loss, we pray that his gentle and rugged soul rest in peace, Amen.’’