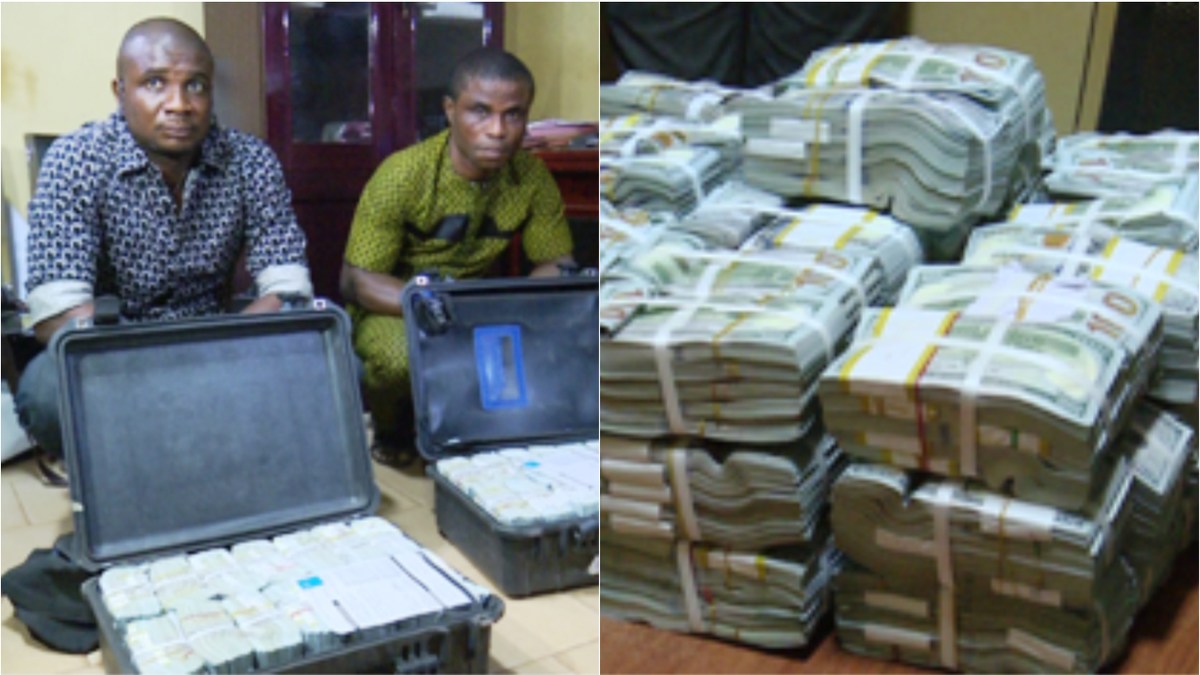 The men were arrested by the officials of the Economic and Financial Crimes Commission, Enugu Zone.

The suspects, identified as Ighoh Augustine and Ezekwe Emmanuel, claimed to be workers of Bankers Warehouse.

The EFCC said the two men concealed the cash in two suitcases, containing $1.4 million each.

According to a statement by the commission, they were arrested at the departure lounge of the airport on Thursday night while about to board an Arik Air flight to Lagos.

During interrogation, the suspects confessed that they have been in the business of conveying cash for “some notable banks”, for over six years and were in the process of doing same when they were caught.

The suspects further confessed that they had so far carried out such assignments, “four times this year”.

They will be charged to court soon, EFCC spokesman, Tony Orilade said.