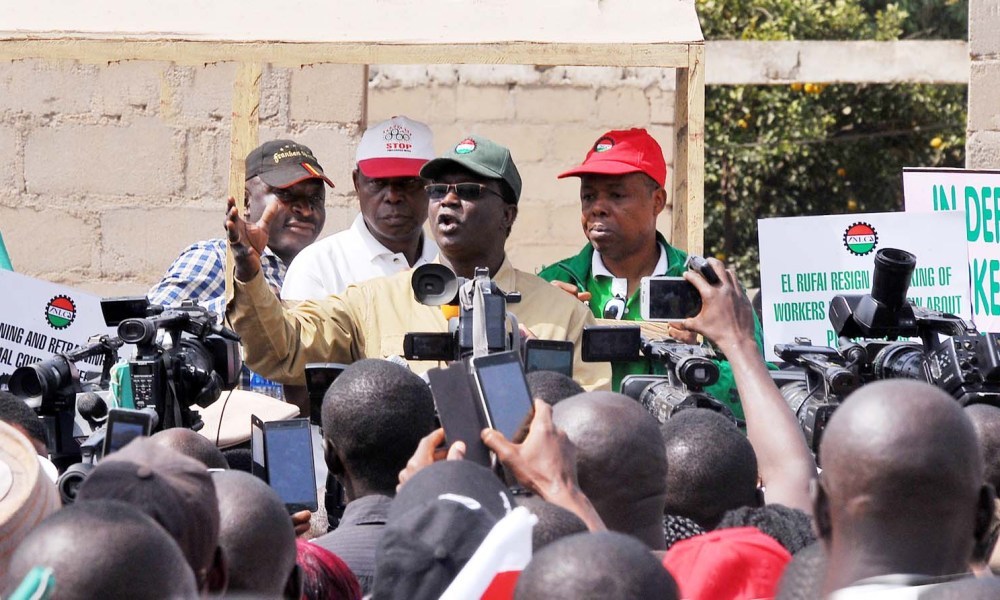 Organised labour yesterday rejected the call by President Muhammadu Buhari to set up another high-powered technical committee on the new national minimum wage.

In a communiqué issued at the end of its emergency meeting held in Lagos, the Nigeria Labour Congress (NLC), Trade Union Congress (TUC) and United Labour Congress (ULC) urged the president to transmit the new National Minimum Wage Bill to the National Assembly on or before December 31, 2018.

In the communiqué signed by NLC president, Ayuba Wabba; TUC president, Kaigama Bobboi and ULC president, Joe Ajaero, the organised labour warned that should the government fail to do so, workers will be forced to resume their suspended industrial action.

Labour described the setting up of another committee on the minimum wage as diversionary and a delay tactics.

It expressed surprise that almost two months after the submission of the National Minimum Wage tripartite committee’s report which included a Draft Bill, no Bill has been submitted to the National Assembly for passage into Law.

According to the communiqué, federal government’s decision to set up a high-powered Technical Committee is alien to the tripartite process and ILO conventions on National Minimum Wage setting mechanism.

Labour argued that the National Minimum Wage committee was both technical and all-encompassing in its compositions and, therefore, no further committee was required.

The communiqué noted: “That we reject in its entirety the plan by the federal government to set up another high-powered Technical Committee on the new national minimum wage. It is diversionary and a delay tactics.

“Nigerian workers are urged to be vigilant and prepared to campaign and vote against candidates and political parties who are not supportive of the implementation of the New National Minimum Wage.

“Finally, Organised Labour will not guarantee industrial Peace and harmony if after the 31st of December 2018 the Draft Bill is not transmitted to the National Assembly. This serves as a statutory notice for Organised Labour to recall our suspended nation-wide industrial action.”