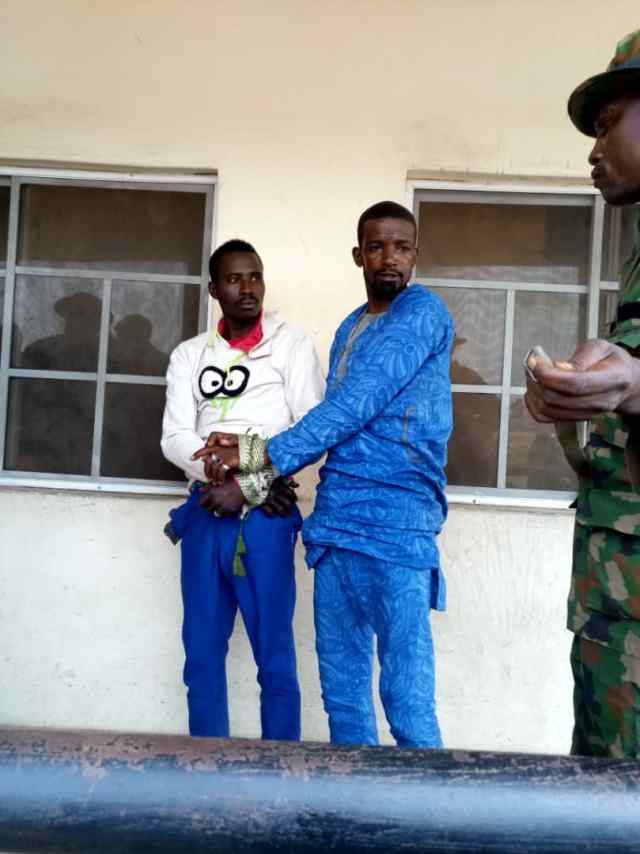 Officers of the combined Security Task Force in Ondo State have apprehended two members of a ‘kidnap syndicate’ on the Akure-Owo highway.

The two suspects, identified as 42-year-old Alhassan Saleh from Nasarawa State and 24-year-old Yahaya Yakubu from Kano State, were both arrested on Monday.

Officers of the combined Security Task Force in Ondo State have apprehended two members of a ‘kidnap syndicate’ on the Akure-Owo highway.

The victims, Alhaji Suleiman Ibrahim and Moshood Suleiman, who were abducted in the early hours of Monday at Shagari village in Akure, the Ondo State capital, were rescued within Owo axis area of the state few hours after they were abducted.

It was gathered that as soon as the incident occurred, security apparatus in the state were alerted and they quickly moved after the kidnappers.

According to the Police Public Relations Officer in the state, Femi Joseph, there was exchange of gunshots with the hoodlums.

He added that the spirited effort of security joint task force paid off as they did not only rescue the victims but also arrested two of the suspects as others escaped with gunshot injuries.

He further stated that efforts were on to arrest the fleeing suspects, while those arrested were helping the security agents in their investigations.

The suspected kidnappers nabbed are Alhassan Saleh 42 years from Nasarawa state and Yahaya Yakubu 24 from Kano, with Ak 47 magazine recovered from them.