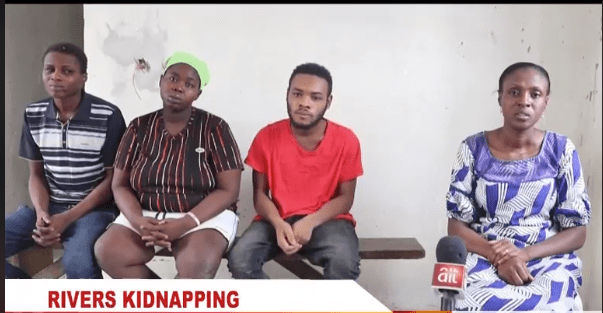 A woman whose husband was killed during a robbery attack in his house in Rivers state, met with the gang members who perpetrated the act.

The widow and mother of three identified as Mrs. Funke Adetutu, met with the hoodlums after they were arrested by operatives of the Inspector General of Police Special Intelligence Response Team, IRT.

She added that her husband takes care of a lot of people apart from the children and they now have to struggle following his demise. She also thanked the police team for arresting the killers of her husband.