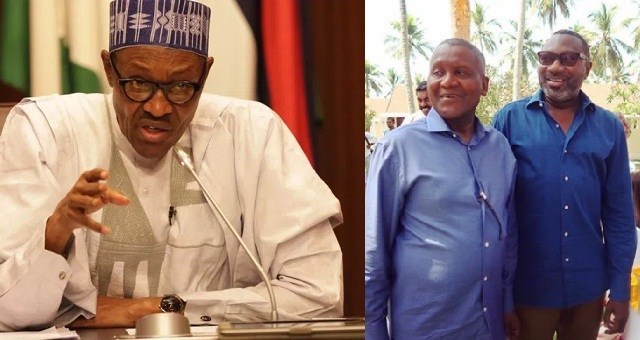 The All Progressives Congress has appointed Aliko Dangote and Femi Otedola to its Advisory Committee to President Muhammadu Buhari as part of the his presidential campaign council for the 2019 elections.

See the full names of members of the campaign council as announced by Femi Adesina, the president’s Special Adviser on Media and Publicity:

a. Deputy Director I- Chris Hassan

a. Deputy Directors – Brigadier General Gambo and Mr. U. Ukoma

5. All APC serving and former Governors

6. All APC Members of the House of Representatives

7. All members of the National Working Committee of the APC

STATE COORDINATORS
1. Governors are to serve as State Coordinators in their respective states

2. Gubernatorial Candidates in non- APC States will serve as State Coordinators in their respective states.