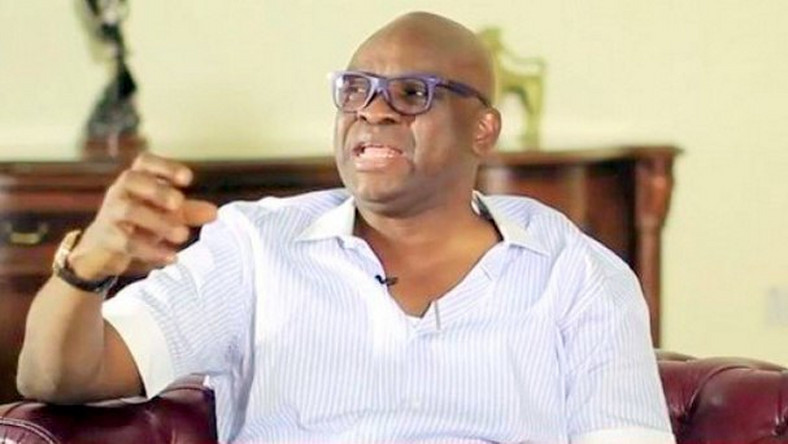 The immediate past governor of Ekiti State, Ayodele Fayose has urged Nigerians not to lose hope of better days for the nation despite what he described as the palpable hardship in the land which is mostly felt by the common man.

Fayose, in his new year message by his Chief Press Secretary, Idowu Adelusi, said what has been happening in the country for almost four years of the All Progressives Congress, APC-led federal government under President Muhammadu Buhari has been unprecedented suffering, unapologetic pillage of the commonwealth, and division among ethnic nationalities among others, the country would surely bounce back if the Peoples Democratic Party, PDP, is brought back to power come February 2019.

“I urge Nigerians not to lose hope, in spite of the biting hardship and pervading disillusionment in the land which of course was occasioned by the misrule, insensitive, militarised, greedy and selfish administration of the APC led government.

“You hold your destiny in your hand and can decide against the currently reigning tyranny and poverty. I tell you, you can do it. Don’t lose hope. The word of the Lord says that: ‘ this Pharaoh you see today, you will see them no more by February, 2019’.

“PDP will bring back reasonable fuel pump price, lower prices of many commodities especially rice which has now gone up three times what it was during former President Goodluck Jonathan’s reign.

“As the new year rolls in in few hours time, my prayer for you is that this Pharaoh of APC that has tormented you for the past three years, you will see them no more.

READ  Makinde To Swear In 14 Commissioners-Designate

“Be bold and courageous for the new year, and vote wisely, don’t let them deceive you with tokens that can’t feed you and your family for a day. Be wise and join PDP in delivering your country from impoverishment by these enemies of our nation faking themselves as progressives. I love you all,” he said.

The former governor and PDP presidential candidate’s South-West coordinator said, “I want to advise President Buhari to start parking his loads from the Aso Rock Villa. By what happened in the hallowed chamber during his budget of impoverishment presentation where majority of genuine lovers of democracy and patriots booed him, he should have realized that his reign of terror is over.

“So, he should start preparing his hand over notes to in coming President Atiku Abubakar whose first task would be to clear the Aegean’s table by restoring Nigeria to its glorious days of economic boom from the economic quagmire the APC accident government has foisted on us. A word they say is enough for the wise,” Fayose said.