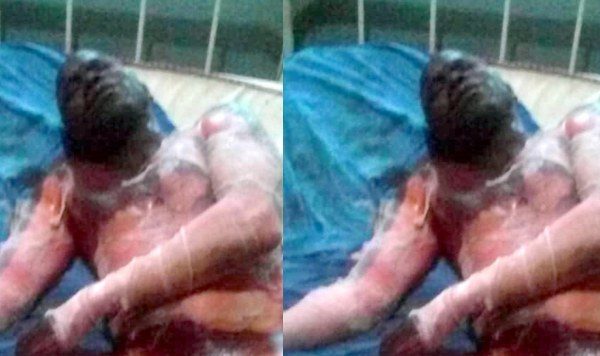 A man reportedly set himself ablaze after his wife left him, as confirmed by the Jigawa State police spokesperson, Audu Jinjiri.

The 40- year-old-man identified as Abdullahi Jafaru, reportedly poured petrol on himself and set himself ablaze on December 31, 2018, after his wife Halima left their home because of a misunderstanding.

According to the Police spokesperson, attempts by Mr Jafaru to convince Halima, his first of two wives and who he has 6 children with, to return were unsuccessful. He then went on to pour petrol on himself and set himself ablaze.

“As soon as the police in the area got the hint, they swiftly moved to the scene and rescued the victim Mr Jafaru, then rushed him to hospital.

“Even while on sick bed receiving treatment, Mr Jafaru was still calling the name of Halima his wife even though his second wife remains with him at the hospital taking care of him,” the police spokesperson said.