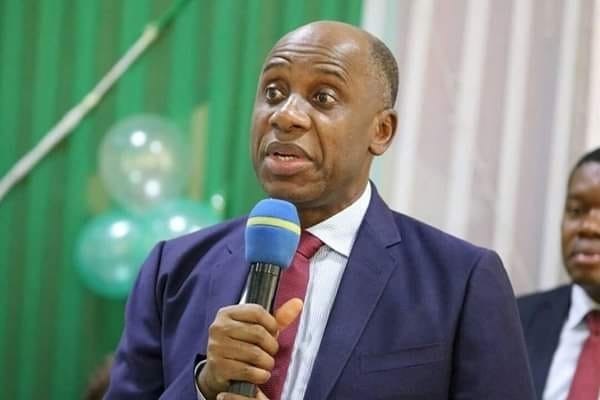 Minister of Transport and Director General of the Buhari Campaign Organization, Rotimi Amaechi, has reacted to the viral audio records purportedly of him speaking ill about Presdient Buhari and this administration.

Reacting, Ameachi in a statement released by his media aide, Israel Ibeleme, says the audio recordings were doctored. Read his statement below

Attention have been drawn to the purported fake audio which was doctored from an unknown journalist, recorded outside the minister’s office imitating the Minister’s speech sound. Which claimed that the Minister was speaking against the President and the Government of the Federal Republic of Nigeria.

It is Important to let the general public know that we have worked with the Minister since February 2015 till date and that the minister has not in any way spoken against the president Muhammadu Buhari’s achievements.

The fake doctored audio, claiming that it emanated from the conversation which the minister had with his press corp.

They paid some group of boys to destroy the image of Director General of Muhammadu Buhari Campaign Organization, Rt. Hon. Chibuike Rotimi Amaechi.

We want to put the public on the know, that the said doctored audio report is false.