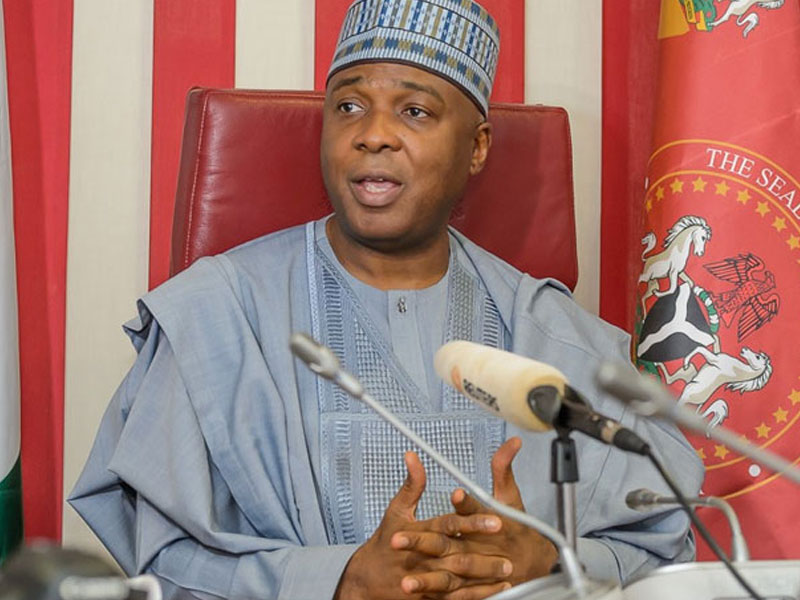 Senate President Bukola Saraki says the people of Kwara will resist plans to “annex’’ the state to the South West Zone using the All Progressives Congress and its candidates in the forthcoming general elections.

Saraki spoke on Tuesday at Bode Saadu, headquarters of Moro Local Government Area, at the official flag off of the campaign of the Peoples Democratic Party.

“This election is not about me or our governorship candidate, Razak Atunwa. It’s about this state, our tradition. Time will tell about whatever we do today.

“We went back to PDP because we need a government that will care for our people, give jobs to our people,’’ he said.

He appealed to the people of the state, particularly the electorate, to ignore any differences they may have with all the candidates of the party and vote massively for PDP during the general elections.

Speaking in the same vein, the Director-General of the PDP Campaign Council in Kwara, Prof. Abubakar Suleiman, urged the party faithful to vote for PDP.

According to him, the coming general elections would be between the indigenes of Kwara and non-indigenes.

“Kwara belongs to the North, we will not allow Kwara to be taken away from us to the West.

“Our leader is Dr Bukola Saraki, our president is Abubakar Atiku, our incoming governor is Atunwa,’’ he said.

Also speaking, Gov. Abdufatah Ahmed of Kwara said the flag-off campaign would usher in another PDP government in the state and Nigeria.

“You can all see hunger, poverty in the last three years of APC government. We want to bring in PDP to change the narrative. We shall usher in PDP government in Nigeria and Kwara,” he said.

The state chairman of the PDP, Hon. Kola Shittu, said only a PDP government would be beneficial to the people of the state and Nigerians in general.

” A PDP government will provide jobs for our youths. Many people have decamped to PDP because of our leader’s sincerity and people-oriented programmes,” he said.

In his remarks, the PDP governorship candidate, Abdulrazak Atunwa, promised to run a government that would focus on the welfare of the people.

“ Our government shall provide jobs for the people. Women will also be empowered,’’ he said.