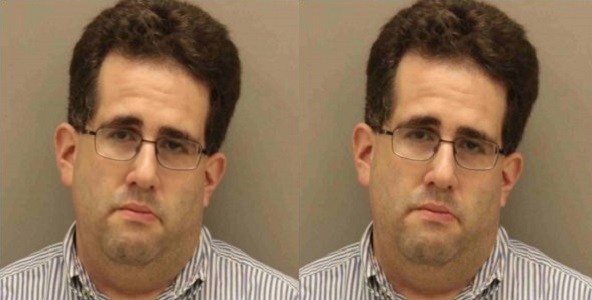 Identified as 41-year-old Tracey Abraham, Fairfield police received a complaint on Tuesday at about 10:30 a.m. about the alleged incident involving Abraham.

According to a statement from Fairfield schools, students reportedly noticed ”suspicious behavior by the substitute that was taking place behind” the teacher’s desk around 10:30am.

The alleged behavior was reported to administrators and the teacher was immediately removed from school property.

Charges were filed against Abraham for public indecency. He was arraigned Tuesday in Fairfield Municipal Court.

School officials said in a statement that Abraham will not be returning to the district.

Abraham’s father claimed the incident was a misunderstanding and said his son “never had an issue like this in his life.”

“I don’t think what [the students] saw is what really was happening,” Rick Abraham told the Cincinnati Enquirer.