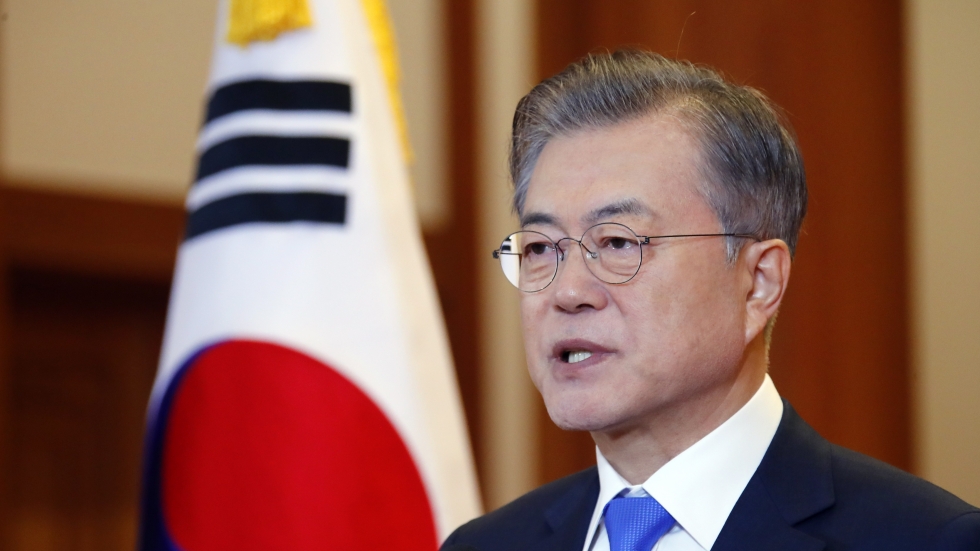 Moon told a news conference in Seoul that North Korea must take energetic steps toward denuclearisation.

He said “the U.S. must take corresponding measures to support North Korea’s endeavours, both sides knew
what they had to do.”

Moon underscored that relations between North and South Korea were permeated by distrust and animosity for decades.

“I think that’s why the second US-North Korean summit has been delayed until now,” the South Korean president added.

Kim met U.S. President Donald Trump for an historic summit in Singapore in June at which Kim promised to denuclearise.

Over the past year, South Korea and North Korea have been mending their relations.

Meanwhile denuclearisation negotiations between Pyongyang and Washington appear to have stalled.

Both sides have talked, however, about holding a second summit, with Trump saying on Sunday that a location
would be announced probably in the not-too-distant future.

Moon said Kim’s visit to Beijing this week was a sign that a fresh U.S.-North Korean summit might happen
quite soon.