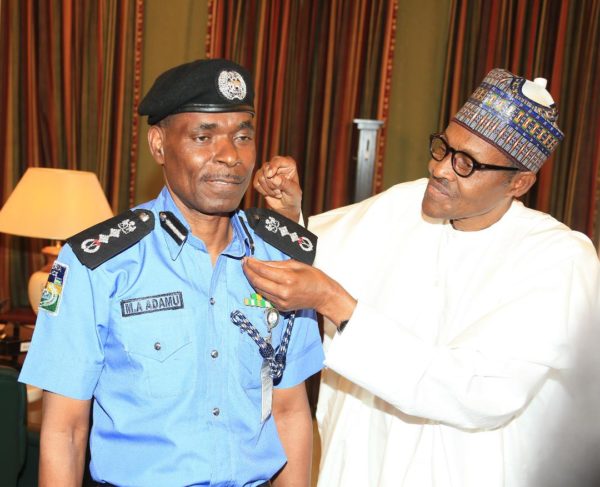 True to News Express’ report, Adamu was on Tuesday afternoon decorated as IGP by President Muhammadu Buhari and now outgone IGP Ibrahim Idris at a ceremony at the Aso Rock Villa, Abuja.

Idris, who was appointed in June 2016, thanked Buhari for giving him the opportunity to serve under his administration as IGP.

He also thanked all Nigerians for the cooperation and support they accorded him and the entire personnel of the Force during his tenure.

He enjoined them to extend the same support to Abubakar Adamu.

He enlisted into the Force on 1 February, 1986 as a Cadet Assistant Superintendent of Police

Before his appointment as the Acting Inspector General of Police, he was a Directing Staff at the National Institute for Policy and Strategic Studies (NIPSS), Kuru, Jos, Plateau State.

He was Commissioner of Police in Ekiti and Enugu States and also Assistant Inspector General of Police in charge of Zone 5 Police Command Headquarters, Benin, Edo State.