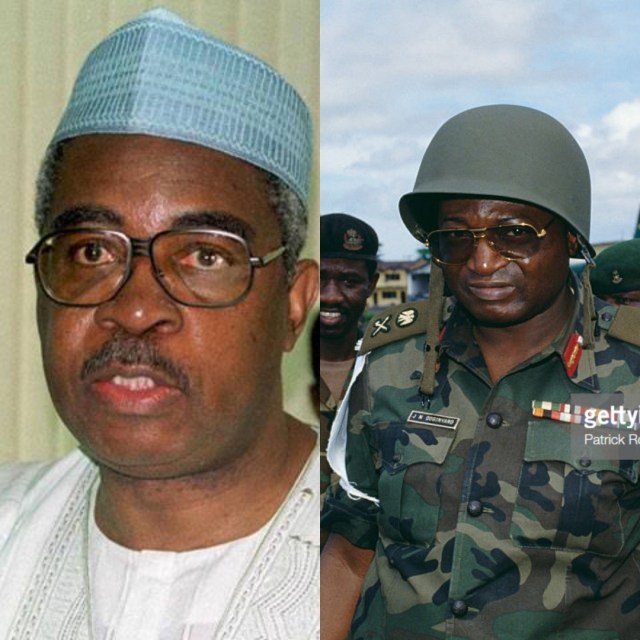 The group said the trio do no represent true Christians and as such can not speak for Christians in the region.

The National Christian Elders Forum had on Wednesday staged a protest against the suspension of the Chief Justice of Nigeria, Justice Walter Onnoghen, by President Muhammadu Buhari.

The group described the decision as an Islamic agenda, calling on Nigerians to mobilise themselves to resist the Islamists in the country.

Reacting to their comment, President of the MBCG, Prince Adamu Enero and Dr. Paul Itodo Secretary –General, in a joint statement, frowned at NCEF’s brazen attempt at incitement of Nigerians against themselves and the negative profiling of Mr. President, veiled personalities, religious sects and ethnic groups in the efforts to explain their bitterness in public domain.

According to Enero, as religious leaders, whether Christian, Islamic, traditionalists or even atheists, “we have a sacred responsibility to always preach peaceful co-existence and harmony, as copiously admonished by the doctrines and scriptures of the various religious sects. Christians particularly believe God fights their battles; it is not man.

“We therefore, find it strange that these elder statesmen, who have served this country in various capacities and for decades would condescend to such level of intolerance and immaturity in handling a perceived grievance. We are compelled to conclude that they prefer to see this country in flames, than peace, which merely thinking about its possibility is very scary.

“The MBCG is appalled at the dexterous twisting of facts by the NCEF’s leaders just to find justification for the evil preachments, which would be potent enough to incense perverse minds to amplify the subsisting sectarian, ethno-religious and political crises bedeviling Nigeria. This is thoughtless.

“It is outrightly perfidious to infer or even claim a section of Nigeria, where the President Buhari hails is intent on truncating the country’s democracy and to enthrone Sharia as “national ideology,” because of the existence of recurring conflicts. Yes, these conflicts are “recurring” as they know, and it predates the Buhari Presidency. It smouldered stronger when a Christian, former President Goodluck Jonathan was at the helms of affairs leadership in Nigeria.

“Worse still, to classify President Buhari as belonging to the Salafist sect is equally baseless negative profiling, as the President is a known member of the Sunni sect, unknown to such Islamic extremism to the extent of imposing what NCEF described as “political Islam” on Nigeria.

“The Judiciary religiously, like other institutions of government strictly adheres to seniority in succession. There should be no furor or ill-feelings on the choice of Onnoghen’s successor in Acting capacity because in the latest case of suspended Justice Onnoghen, had the next senior Supreme Court Justice to him been a Christian, he would have still stepped into CJN’s shoes.

“Besides, the Buhari Presidency has pragmatically demonstrated aversion to threats to public peace and security by aberrational Islamic sects and extremists. The case of the Sheik Ibraheem EL-zakzaky-led Islamic Movement in Nigeria (IMN) is a clear example.

“The NCEF cannot deny that Boko Haram, which later became monstrous and expanded unimaginable tentacles started under a Christian President in 2004, but he could not nip it in the bud. The six years of the Jonathan Presidency amply energized the sect.

“It is undeniable that only under a Buhari Presidency that Nigerians are now experiencing any respite from Boko Haram insurgency. Can a clear conscience ascribe such a leader as bending undemocratic or Islamic agenda?

“ What is built on falsehood hardly stands and it is ensnared by its own traps. NCEF clearly overstretched its wisdom by claiming in August last year, the Presidency planned a “coup” against the National Assembly (NASS). It is an allusion to the leadership struggles in NASS. But the incumbent Senate President is a Muslim and ditto, the Speaker is a Christian. This has always been the composition.

“Such utterances are disgraceful and unbefitting of elder statesmen of their status, irrespective of the forum of their assemblage. It is a flagrant disregard and abuse of extant laws to use ethnicity or religion for political campaigns. And it amazes that NCEF leaders are angling for compliance with tenets of liberal democracy and constitutionalism, yet freely make utterances which clearly undermine law and order, the tripod upon which democracy flourishes.”