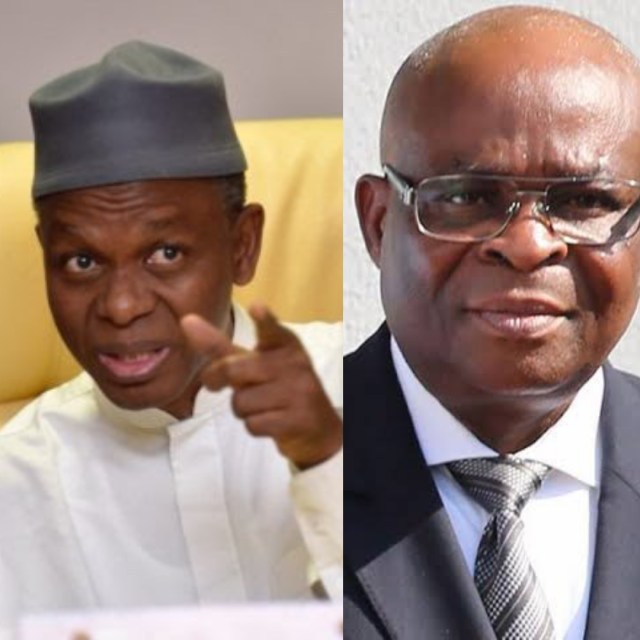 El-Rufai described the suspended CJN as a “shameless judge who has demonstrated that he is no longer fit to continue in office.”

He said this while addressing hundreds of protesters that stormed the state’s Government House in Kaduna on Friday, demanding the resignation of Onnoghen.

El-Rufai also stated that it was time for every well-meaning Nigerian to support President Muhammadu Buhari’s fight against corruption.

He stated that corruption in the judiciary was the worst, adding that no society can survive a corrupt judiciary.

“I can assure you that the message you have given to me will be delivered to the President today. The worst form of corruption you can find in any public servant is judicial corruption because when the president is corrupt or the governor is corrupt, it is to the judge that ordinary people can take their case to.

“When the judge himself is corrupt, it is the highest form of corruption and must never be condoned.

“Mr President did not remove Onnoghen from office. He said in honour of the judiciary, he should step aside so that the charges against him can be investigated and prosecuted. The President did the right thing by asking him to step aside pending investigation. It is what is done in every organised and civilised society.

READ  Queen of Soul Aretha Franklin has died at 76

“Unfortunately, some people in Nigeria are trying to make white black and black. They are using technicalities to delay bringing this man to justice. The man (Onnoghen) is shameless; he does not want to go, but it is time for Nigerians to come all out and tell him he must go. Our judiciary must be clean. Our judiciary must consist of judges who cannot be bought.

“The case of Justice Onnoghen is the case in which somebody who has worked in government for the past 20 years, [and] suddenly, he has millions of dollars in his account. He has admitted, but said he has forgotten about them, which means he has more money than Aliko Dangote because I do not think Dangote will forget $1million in his account.”